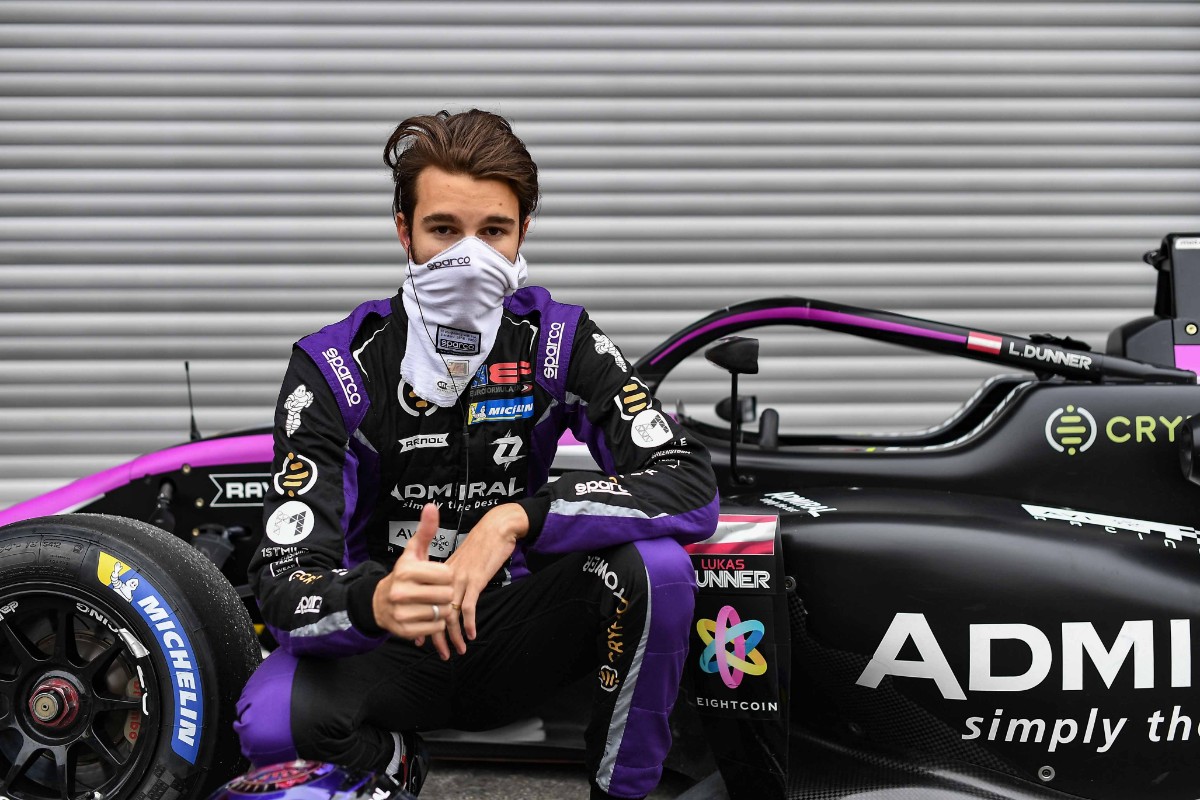 Lukas Dunner made it two poles out of two at Spa-Francorchamps in Saturday qualifying, after edging CryptoTower Racing Team team-mate Yifei Ye in the second session.

Van Amersfoort Racing’s Andreas Estner was the first to go the top of the times in Q2, before Euroformula points leader Ye and Drivex School’s Glenn van Berlo lowered the pace to a level that stood for half of the session.

This was in part due to van Berlo then stopping on track and causing a yellow flag period that prevented drivers from improving, with many choosing to go straight back to the pits and prepare for a second run.

With eight minutes to go there was finally change at the top again, with Motopark’s Manuel Maldonado and Cameron Das jumping up to first and fourth places respectively.

The track started to ger busier and improvements came in from across the grid as drivers made use of the slipstream down the long Kemmel Straight.

The order was completely rearranged by the improvements on the next laps, with Ye returning to the top ahead of Maloney, Dunner, Das and Double R Racing debutant Louis Foster.

Each of the top four then got faster next time around, with Dunner moving onto provisional pole ahead of Ye, Das and Maloney. Dunner didn’t improve on his penultimate effort, whereas Ye did, but the Austrian remained at the top of the timiesheet by 0.022 seconds while Foster set a personal best to go back up to fifth.

Maloney looked like he could challenge for pole on his final lap but faced Das as traffic, and the top five ended up remaining unchanged.

VAR’s Sebastian Estner qualified sixth, while Foster’s fellow debutant and team-mate Benjamin Pedersen rose up to seventh with his final effort. Andreas Estner was only 0.004s further back in eighth, and the top 10 was completed by Ido Cohen (Carlin) and Maldonado.