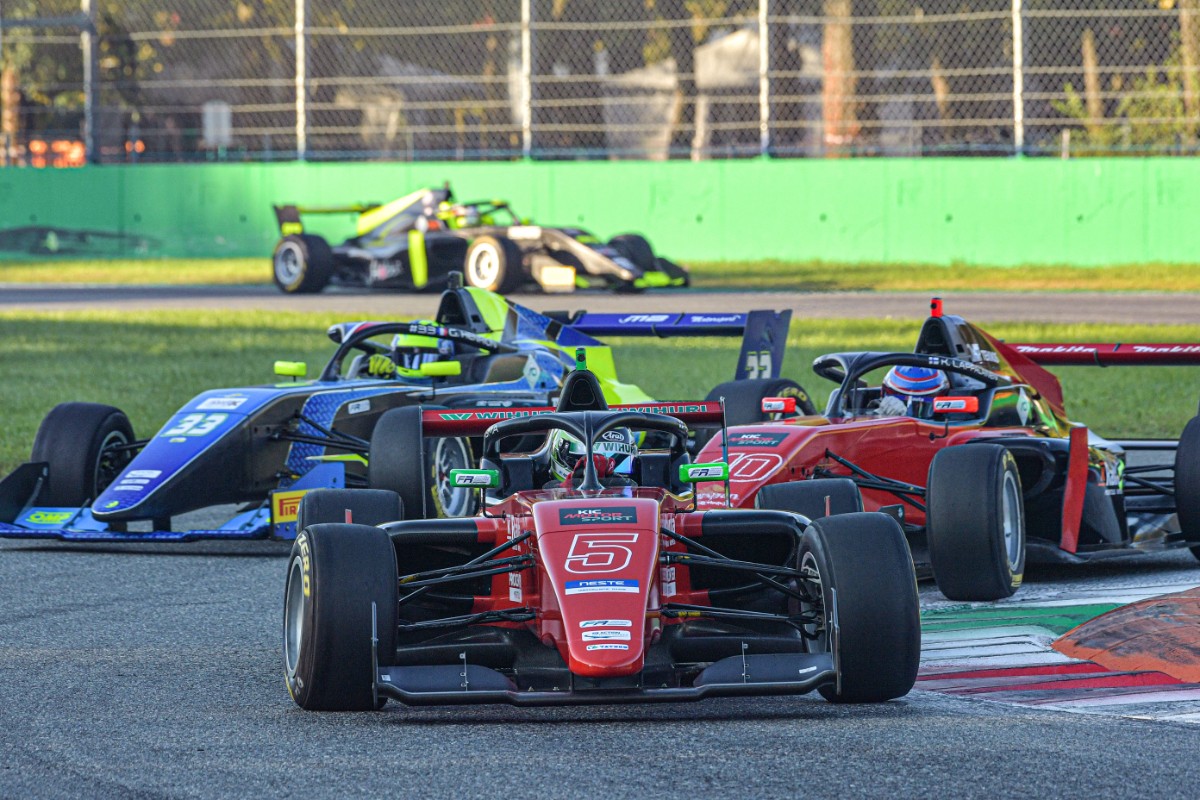 Pasma inherited pole after initial poleman Gianluca Petecof had his best lap deleted for setting it under yellow flag conditions.

The Finn got a good start from the front and immediately opened up a gap of 1.1 seconds to Petecof, who overtook championship leader and Prema team-mate Arthur Leclerc in the early stages.

The gap at the front held at around that margin for the opening stages, before Pasma pulled away by a further second in the middle of the race.

Petecof did start to come back slightly at Pasma but was unable to make a significant dent into the lead. Pasma’s victory is the first for a non-Prema driver since Igor Fraga won in the final round of the 2019 season for DR Formula by RP Motorsport.

Behind Petecof was his Prema team-mates Leclerc and Oliver Rasmussen – who duelled throughout the 30-minute race for the final podium spot.

The climax came in the closing stages where the duo were side-by-side through Monza’s chicanes. Leclerc was able to seize the advantage when Rasmussen ran wide through Ascari.

Van Amersfoort Racing’s Alessandro Famularo kept with Leclerc and Rasmussen initially, but consolidated fifth as the race progressed. The result puts him ahead of Prema’s Jamie Chadwick in the standings, despite missing almost half of the season.

Sixth and seventh on the road were KIC’s Konsta Lappalainen and VAR’s Pierre-Louis Chovet, but both were penalised – gifting sixth place to Gillian Henrion.

KIC debutant Nico Gohler was ninth on his series return, while Chadwick claimed the final point ahead of Chovet.