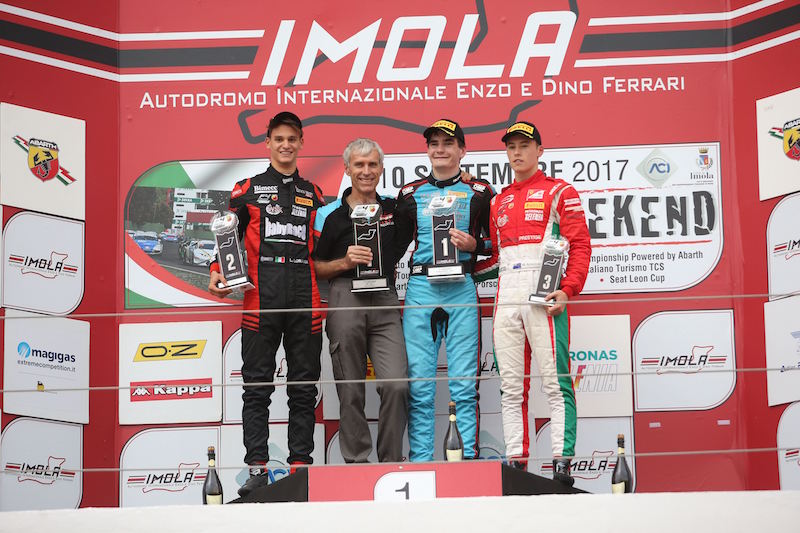 Job van Uitert took his second victory of the weekend in a truncated final Italian Formula 4 race at Imola.

After a safety car start, the Jenzer duo of van Uitert and Kush Maini managed to pull away a little from Leonardo Lorandi in third.

Maini kept the pressure on his team-mate, but made a small mistake and contact with Juri Vips and dropped down the order.

Lorandi was promoted to second but he was never able to bring a challenge to van Uitert. Instead, he had to cope with Marcus Armstrong, the championship leader having worked his way up to third after starting eighth on the grid.

The Prema Powerteam driver was looking for a way past when the race was neutralised with only four minutes on the clock.

Towards the back of the field, Artem Petrov crashed his DR Formula, bringing out the safety car and bunching up the field. The race ended under the safety car, saving Lorandi from a last lap attack from the championship leader.

Lirim Zendelli finished fourth, ahead of Sebastian Fernandez, who had started ninth, and Vips.