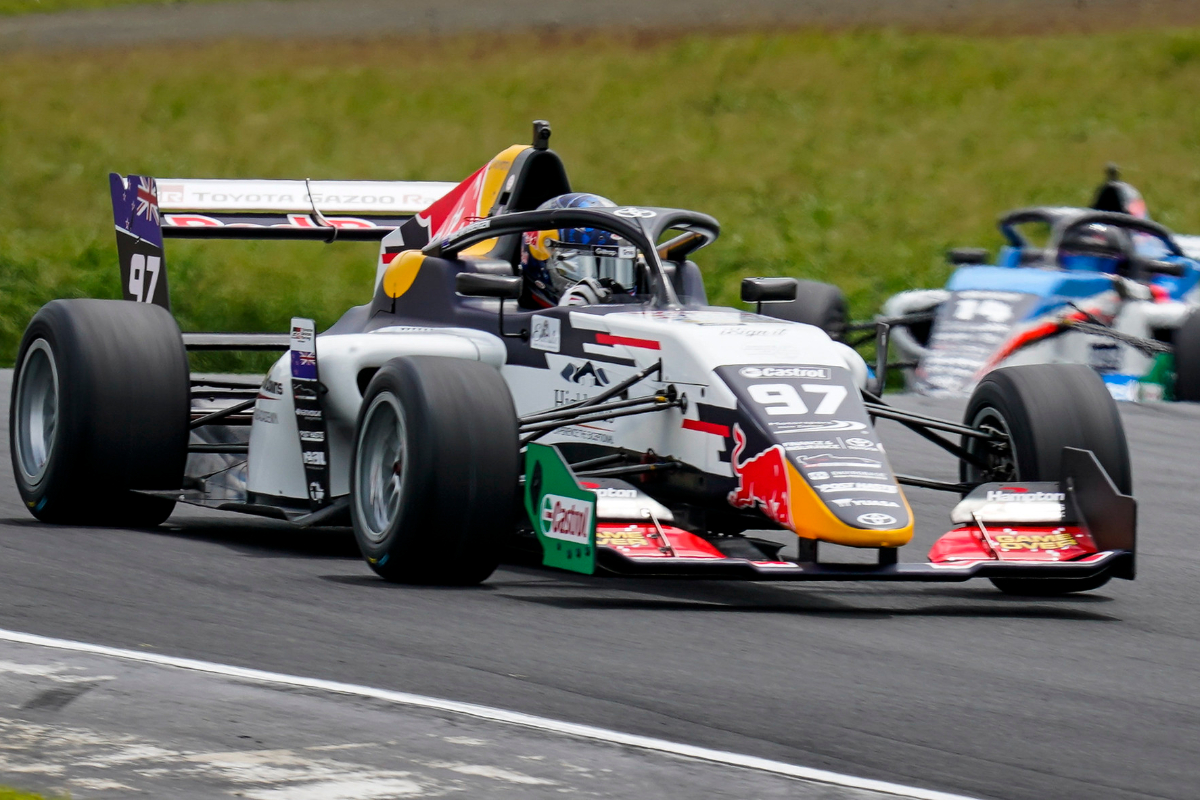 The Red Bull-backed Australian Supercars champion found a way past poleman Chris van der Drift early in the race and was unrivalled from that point onwards.

Despite light rain making part of the track greasy in the second half of the race, there were no accidents throughout the 20-lap race, which ran to a longer distance than in previous years due to the shortness of this season.

The starting order was set by the second fastest laps from qualifying, putting van der Drift ahead of van Gisbergen on the front row of the all-star grid.

He got a good getaway from pole and held off van Gisbergen for a number of laps, but it was only a matter of time before his versatile rival – who recently became a winner in rallying – found a way through.

Van Gisbergen made his move on lap seven of 20, snatching the lead and pulling away before van der Drift could fight back.

Brendon Leitch moved up to third off the line as young guns Matthew Payne and Kaleb Ngatoa battled for position, but the TRS veteran was unable to stick with the race leaders.

A wide moment for Ngatoa gave Leitch some breathing room and allowed Payne to take fourth. It wasn’t long before Payne was on Leitch’s tail, and he spent most of the race defending against the karting graduate.

Payne was able to sweep past Leitch with six laps remaining, Ngatoa following through after running side-by-side with Leitch for a handful of corners. Leitch fought back, repassing Ngatoa down the inside of turn 2, but Payne had already put a few car lengths between them.

Payne came through to take a remarkable podium on his debut, while Leitch held off Ngatoa to finish fourth.

Andre Heimgartner and Daniel Gaunt were also on the back of Leitch and Ngatoa, waiting for the opportunity to strike, but ran out of laps before either was close enough to make a serious move.