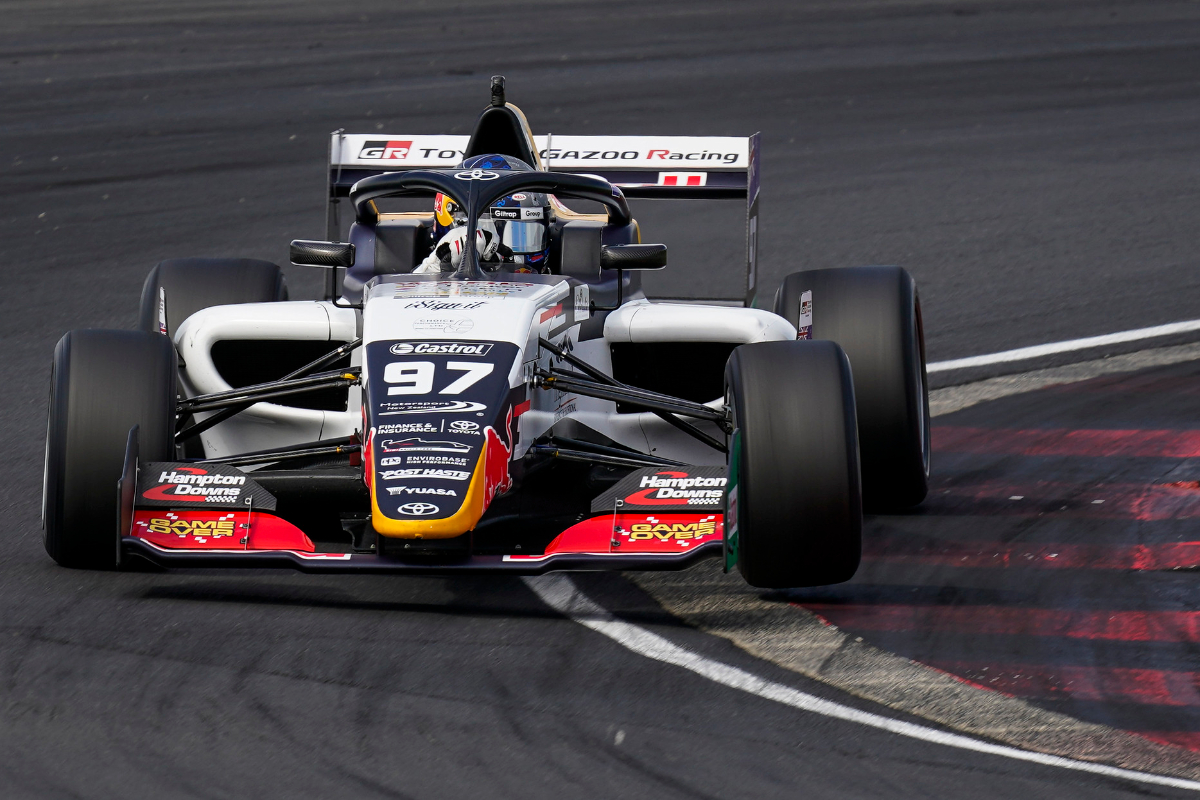 Shane van Gisbergen edged Chris van der Drift in the first qualifying session of the opening round of the 2021 Toyota Racing Series.

Free practice pacesetter Van der Drift jumped to the top of the order shortly before the midpoint of the 15-minute session on Hampton Downs’ International layout and stayed there until the chequered flag came out.

He gradually lowered his benchmark laptime from a 1m31s to 1m30.298s by the end of qualifying and had a comfortable gap back to van Gisbergen in second place.

Van Gisbergen was on a flying lap when the chequered flag fell and managed to lower his time to 1m30.231s. The lap, just 0.067s quicker than van der Drift’s, was enough to put him on pole for the first race of the year and his first race since 2007.

“Prettty awesome. Just been chipping away all weekend, getting closer, and the guys have done an awesome job there,” said Australian Supercars champion van Gisbergen.

“Couldn’t quite nail the perfect laps, still a fair bit left in it, but awesome to be here.”

After a slow start to the session, his karting graduate Matthew Payne built up the pace to go third quickest, ahead of Formula Ford racer Kaleb Ngatoa.

Series veteran Brendon Leitch set the pace early in the session. He couldn’t keep up with van der Drift’s improvements as the session wore on, but remained inside the top five. He ended qualifying in the gravel, having run wide and beached his car on his final push lap. However, he avoided contact with any barriers.

On second-fastest times, van der Drift came out on top ahead of van Gisbergen.