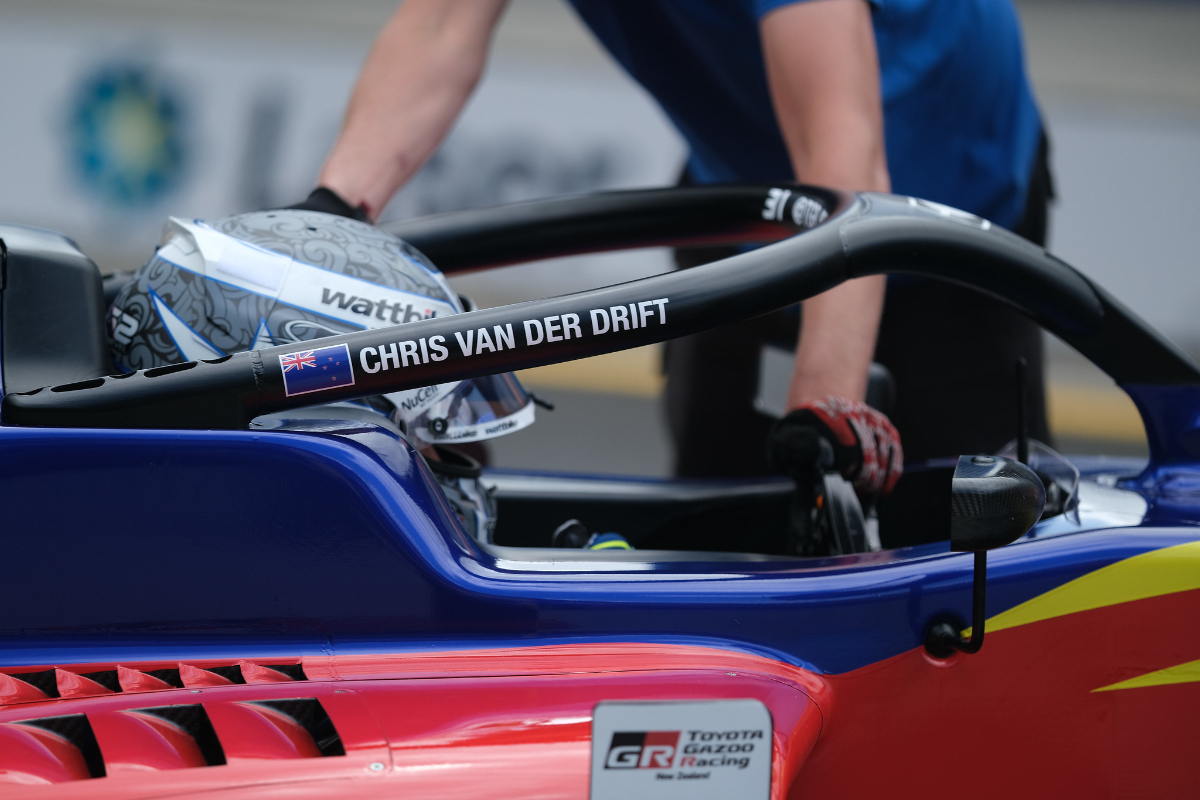 Superleague Formula race-winner van der Drift was fastest across the three sessions held on Friday, and began Saturday by topping the times again in FP4.

The last practice session was red flagged twice, first almost immediately after action had begun, and then a second time shortly after the first flying laps had been set.

It was van der Drift who was fastest from the off, pumping in a 1m30.962s lap on the circuit’s International layout before the second red flag and then bringing that down to a 1m30.248s in the 13 minutes that remained of the session.

Two-time series champion Daniel Gaunt was his closest rival before the stoppage, with Formula Ford graduate Kaleb Ngatoa then taking over second place once driving resumed.

He was shuffled down to fourth before improving to reclaim second place with just under five minutes to go.

As the drivers came through on the next time around it was Gaunt who was back in second, and he stayed there even when those behind got faster on their final laps.

Van Gisbergen lifted himself up to third, just ahead of Ngatoa, while karting graduate Matthew Payne (whose single-seater experience only extended to the competitive mileage in lower formulas required to compete in TRS) was impressively just 0.399s off the pace in fifth.

The top 13 drivers in the 16-car grid were covered by under a second, with New Zealand motorsport icon Kenny Smith improving his pace at the back to lap 7.242s slower than van der Drift.

Smith will be racing in the New Zealand Grand Prix, which is the third and final race of the weekend, for the 50th time in his career.