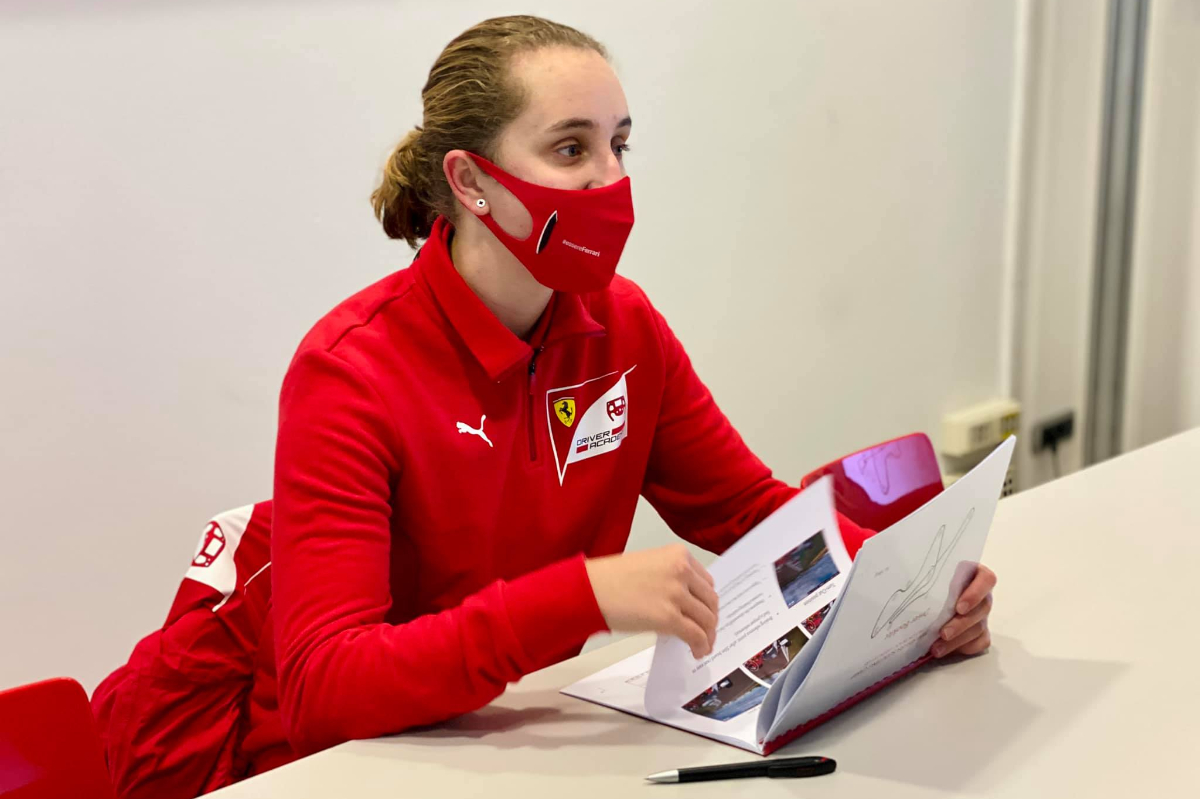 Maya Weug has been named as the winner of the FIA Women in Motorsport Commission’s Ferrari Driver Academy-affiliated Girls on Track Rising Stars programme.

As a result, Richard Mille-backed karter Weug will become a Ferrari Formula 1 junior and race in Formula 4 for 2021.

“Thank you very much, it’s amazing. I have no words right now,” said Weug.

“It’s been my dream so long, since I started karting, like being with Ferrari is amazing. And now actually being here and winning is just unreal. I’m super happy and thankful for FDA and the FIA for all their hard work.”

Weug beat Julia Ayoub and Antonella Bassani from Brazil, and Renault Clio Cup France racer Doriane Pin in the final of the programme, which began with a longlist of 20 drivers last October.

Back-to-back two-day shootouts at Paul Ricard reduced that to a pool of eight drivers for a Formula 4-focused test at the French circuit.

The final four that made it through that stage were then set for a one-week course with the FDA at its Fiorano base in November that would decide the winner.

However one of those drivers tested positive for COVID-19 while in isolation ready for that course, and the decision was made between the FIA WiMC and FDA to postpone the selection proccess rather than drop the infected driver from it.

That final course took place earlier this month, with a delay before the reveal of the winner and if they had passed the FDA’s assessment standard for entry. Ferrari also decided in that time to reward the three losing finalists with a further F4 test.