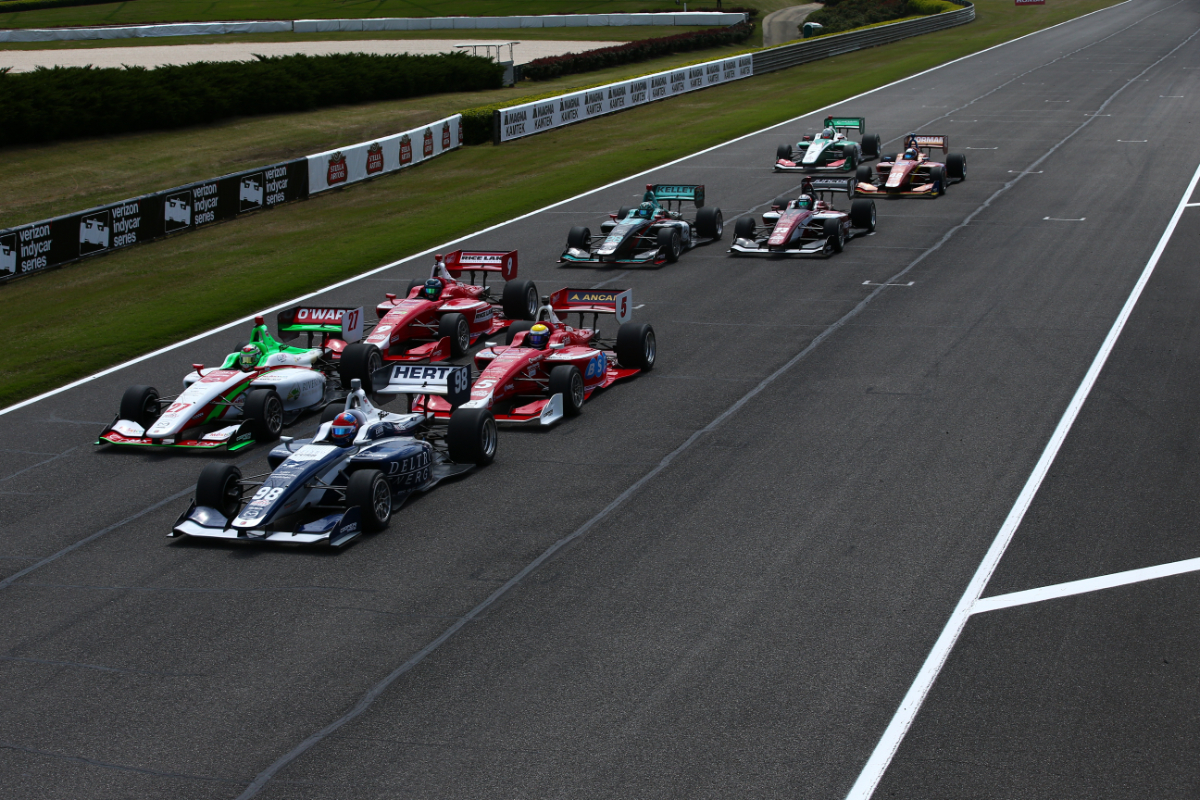 The season-opening round for Indy Lights, Indy Pro 2000 and USF2000 at Barber Motorsports Park has been postponed by a week, as Spring Training is confirmed to run at the circuit.

IndyCar and its three support series were supposed to begin the season on the streets of St. Petersburg on March 5-7, with the pre-season Spring Training test set for February 22-24 at Homestead-Miami Speedway.

In the first week of January that was revised, with St. Petersburg being postponed to April 24/25 and Spring Training pushed back by at least a month. To bring its season up to 10 rounds, Indy Lights also joined the bill at Barber on April 9-11.

That’s been changed once more, with Barber hosting Spring Training on April 4-6 (the first two days split between IP2000 and USF200, and then the final day run solely for Indy Lights) and now running as season opener on April 15-18.

Indy Lights, which will be making its return after the 2020 season was cancelled due to factors relating to the coronavirus pandemic, has also added an in-season test at Mid-Ohio on June 30.

Usually the series runs a test day on an oval too, but with the Freedom 100 at the Indianapolis Motor Speedway absent from this year’s calendar it has put less emphasis on oval experience for the grid.

Before real-world action begins, a third edition of the Road to Indy’s official Esports series will take place using IP2000’s Tatuus PM-18 car on the iRacing simulator game. It will start next week, and run on every Wednesday evening through to mid-March when teams would have originally have been planning to make their way to St. Petersburg.