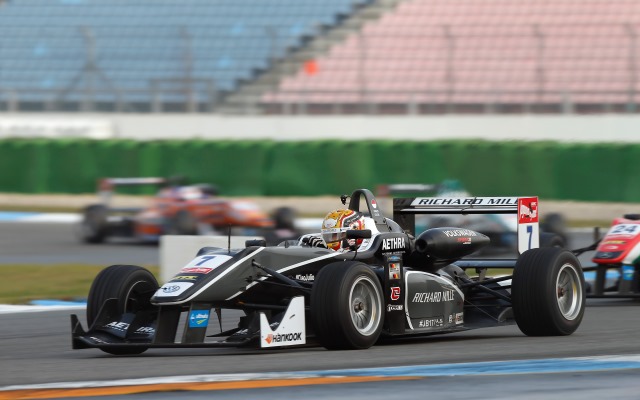 Van Amersfoort Racing has switched from Volkswagen to Mercedes power for its FIA Formula 3 European Championship effort in 2016.

The Dutch squad had worked with VW since 2008 in the German F3 series, where it won titles with Laurens Vanthoor and Richie Stanaway, and in the European series since its debut at the end of 2012.

Mercedes has claimed the last five European F3 titles with Prema, and also powers the Mucke and Hitech teams among others.

VAR’s switch leaves Carlin, Signature and Motopark as the only VW-powered teams.

?In preparation for the upcoming season, we have been studying the different possibilities with great care and for strategic reasons, we decided to opt for the Mercedes-Benz engine and we are looking forward to a good co-operation with Mercedes-Benz and its motorsport division HWA in the future,? said team principal Frits van Amersfoort.

?At this occasion, we would also like to thank Volkswagen and engine tuner Spiess for the great times and the success we have had together over the years.?

?We can look back upon a successful era in the history of our team together with Volkswagen. When it comes to engine tuner Spiess, our ties go back even further [with Opel], to our very first year in German Formula 3 in 1997, including our title-winning campaign with Bas Leinders the following season. These will always remain happy memories.”

He added: “When you look at what Mercedes-Benz has achieved in Formula 3, and the continued involvement they have at all levels of the sport, one can only be impressed.

“We are delighted with the opportunities Mercedes-Benz are offering us and we are keen to start working together in preparation for the 2016 season.?

VAR has so far signed one driver for 2016 in the form of Pedro Piquet. Harrison Newey is testing with them regularly, as is Callum Ilott.

The switch from VW to Mercedes is effective from today’s testing.