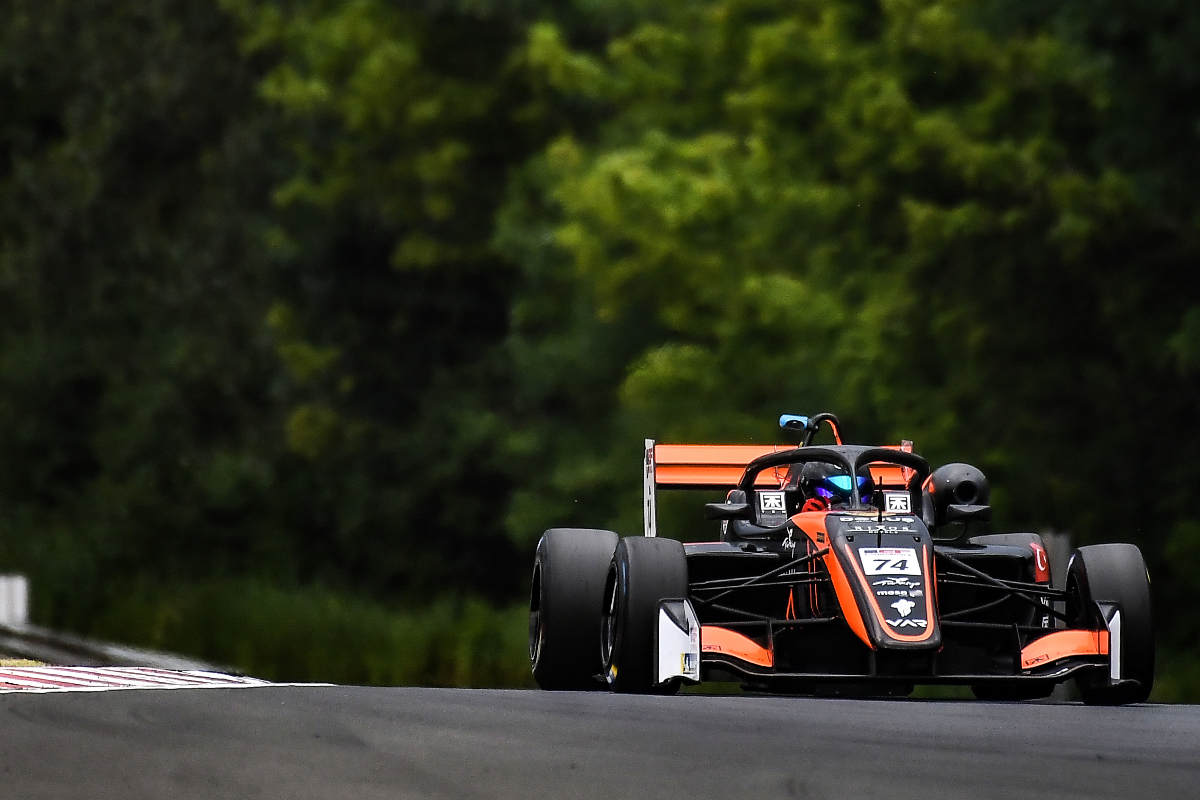 European GT4 regular and Esports star Bolukbasi signed with VAR for last weekend’s Hungaroring round, and after qualifying fifth he profited from some opening corner chaos to take victory on his debut – and a first win for VAR in its 28th race.

The 23-year-old is already up to 10th in the standings, following his win with a third place in race two of the weekend, but is still waiting for his backers to commit to continuing his Euroformula programme on to the next round at Imola.

“I think it’s good for everybody,” van Amersfoort said of the win.

“Let’s hope this is a reason for the people behind Cem to keep continuing.

“He didn’t really have much [laps]. It’s amazing what he did, given the relatively little experience he had on this circuit, I think it’s a good job he did.

VAR competed in FIA European Formula 3 from 2012 to ’18, and the cancellation of planned successor Formula European Masters led to a late switch to the Regional F3-spec Formula Regional European Championship for 2019.

The team started with one car, and fielded three for the final three rounds of the season. It told Formula Scout at the time that finding drivers for all three chassis would be important as it entered Euroformula too for 2020 in the new Dallara 320.

It started this season with three drivers, but Andreas Estner didn’t have the budget to continue past the opening round and then Rafael Villagomez missed the Spa-Francorchamps round due to a clashing FIA F3 Championship round.

That left Casper Stevenson as the team’s sole driver that weekend, before the line-up grew back to three cars for the Hungaroring. If Bolukbasi’s backing moves into place for the second half of the season, it would still potentially leave the team down to two cars – and Motopark too – for the final round at Barcelona as it’s on the same date as FIA F3’s finale.