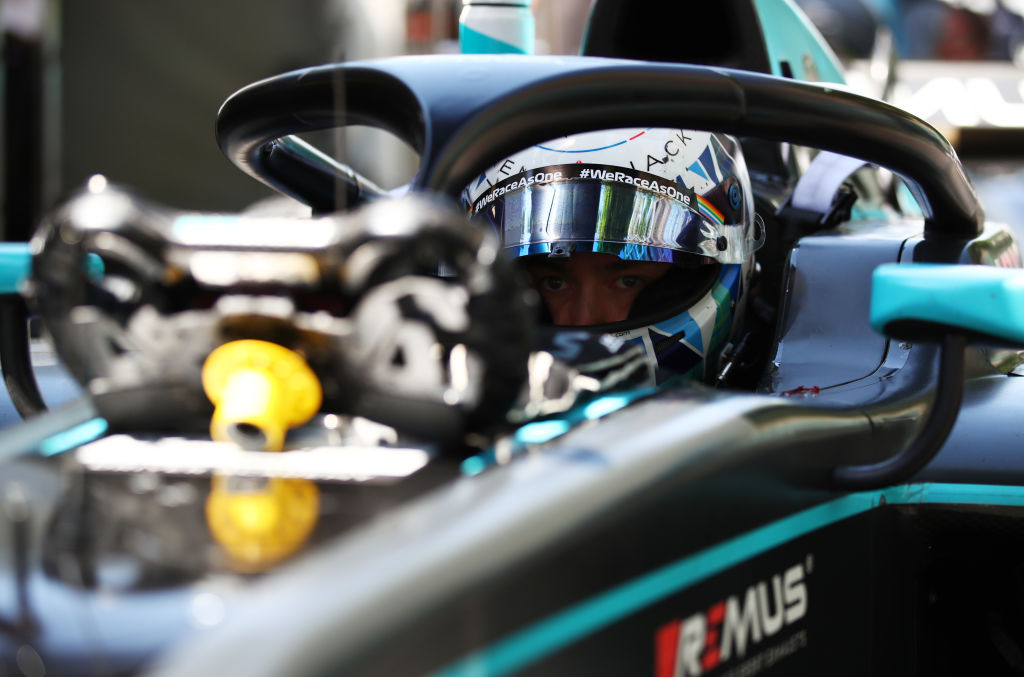 Jack Aitken and Richard Verschoor have been confirmed as being on the grid for this weekend’s Formula 2 round at Silverstone.

This year Aitken is racing in GT World Challenge Europe for Lamborghini team Emil Frey Racing, and is also Williams’ reserve driver in Formula 1 after debuting for the team last year during his third F2 season.

He was recently called back into F2 by HWA Racelab for the Monaco and Baku rounds to replace Matteo Nannini, and he took a best finish of ninth from his six races with the team. Aitken will now stay in the seat for a third round.

“After his outings in Monaco and Baku, he will also be behind the wheel of our #22 car at Silverstone. See you at the track, Jack!”

Aitken had already confirmed his presence at the circuit in a HWA capacity in addition to delivering his Williams duties, but had not revealed at the time whether he would be driving.

Verschoor meanwhile has stretched his round-by-round deal with MP Motorsport and has not only been preparing with the team since Baku but also coaching drivers in MP’s Spanish Formula 4 line-up.

He is currently 12th in the standings, with a best result of fourth from the first nine races of his F2 career.

There is a two-month break after Silverstone before the next round at Monza, which will provide ample time for Verschoor to secure the budget to complete the season. While Aitken would be available for Monza, HWA would need to find another driver to fill its second seat for September’s Sochi round as it clashes with the GTWCE Sprint Cup finale.