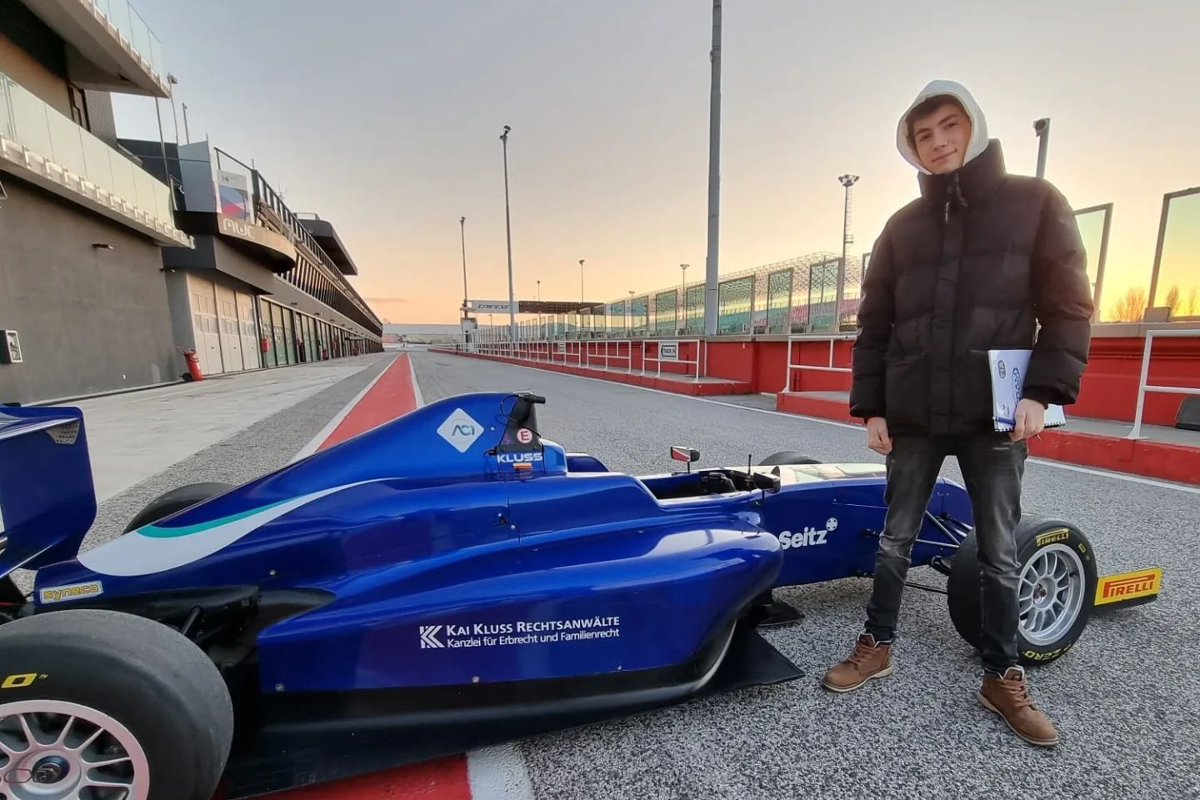 Valentin Kluss drove a first-generation Tatuus Formula 4 car to the fastest lap in a test at Misano this week.

Most drivers were out in the new Tatuus T-421, with three drivers using the older T-014 car. Cram Motorsport ran Kluss, Jenzer Motorsport fielded Formula Nordic champion William Karlsson in a Gen1 for one day before he drove its Gen2 car on day two and BWR Motorsports ran German karting graduate Chris Rosenkranz.

There were three non-F4 cars, as Paolo Brajnick and Alessandro Rosi turned up in Euroformula-spec Dallara 320s while Noda Racing ran Juju Noda in a Tatuus T-318. It was the same Formula Regional chassis she spent 2021 testing in and was unsuccessfully put to market. Noda recently drove an identical car in W Series testing and is in contention to race there.

Samir Ben, occupier of Jenzer’s Gen2 car at first, set the pace early on in Wednesday morning’s session where a red flag interrupted running. Arias Deukmedjian then took over at the top for Van Amersfoort Racing after, with team-mate Martinius Stenshorne going faster by a quarter of a second an hour later.

Ben got back into second place in the final hour, with the morning ending with Stenshorne ahead of R-ace GP’s Noah Stromsted. Between the pair was his 2021 Danish F4 rival Noda, 0.176s slower than an F4 car.

The pace was again set by Ben at the start of the afternoon until Kluss went top with three hours to go. He was usurped by AKM Motorsport’s Pedro Clerot, who along with fellow AKM tester Aurelia Nobels is bound for the new Brazilian F4 series.

A red flag stoppage also occurred in the afternoon, and after that Stenshorne set a 1m35.892s that was 0.001s faster than previous pacesetter Kluss. With just over half an hour remaining he improved by 0.079s, then in the final 16 minutes there was a flurry of track action. Stenshorne improved again to 1m35.396s, but team-mate Brando Badoer went faster by 0.032s.

Clerot swapped cars with Isaac Barashi at AKM for Thursday, as Kluss kicked things off by establishing a new benchmark pace. He got down to 1m34.459s, 0.791s up on VAR’s Emmo Fittipaldi.

Stenshorne was able to break into the 1m34s too in the afternoon, but 0.532s slower than Kluss in a car eight years newer. Iron Lynx’s Niko Lacorte rose to third.

Kim Hwarang, a Mercedes-AMG Customer Racing junior in karting last year while also testing with Jenzer, was eighth fastest in the test for BVM Racing and has signed with the team to race in Italian F4.