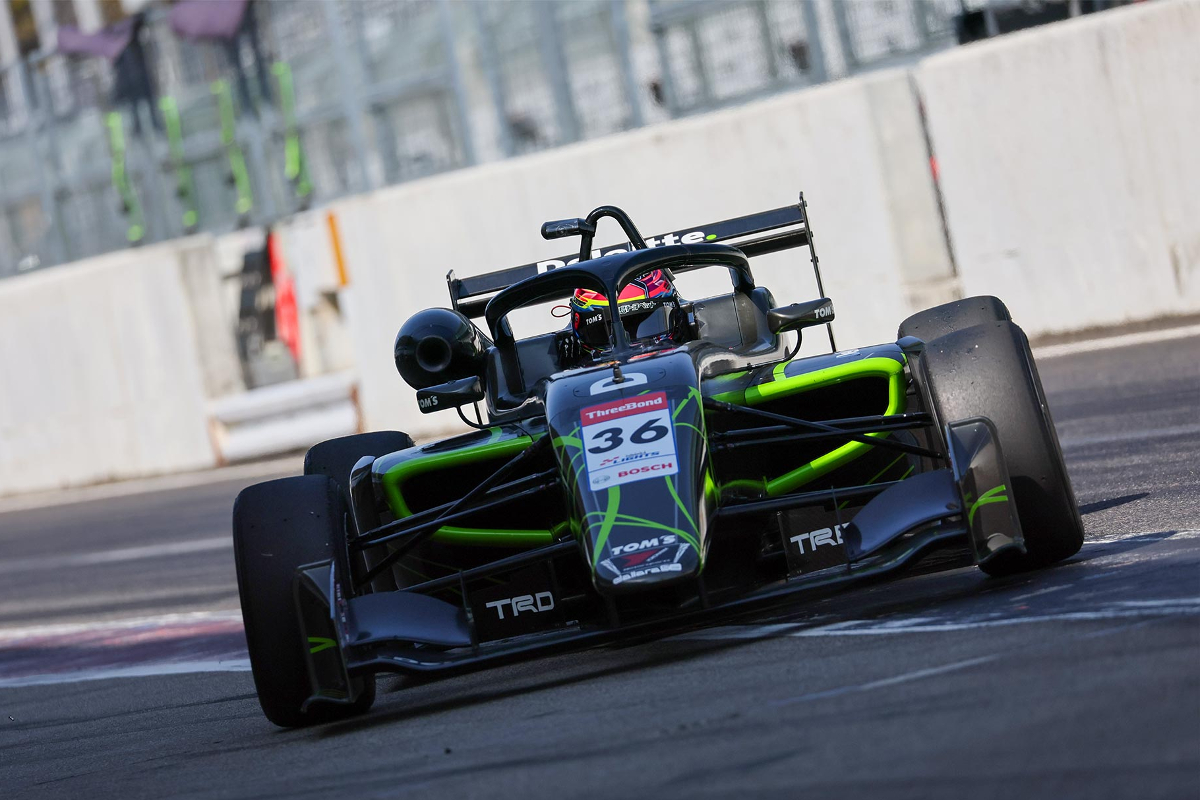 Reigning Formula Regional Japan champion Yuga Furutani will step up to Super Formula Lights this year as part of an expanded TOM’S line-up.

TOM’S will run four cars for the first time in 2008, when the series was known as Japanese Formula 3 and the team’s fourth entry ran in the National class under the ‘TOM’S Spirit’ B-team banner, wit its last four-car attack on the top class being 2004.

Furutani, who raced for TOM’S Youth in FRJC, will join the already announced Kazuto Kotaka, Seita Nonaka and Hibiki Taira. Japanese Formula 4 champion Nonaka’s car will be sponsored by PONOS Racing, which has its own team in FRJC.

“We would like to thank all the people concerned for preparing such a wonderful environment and everyone who has supported us,” said Furutani. “I will do my best to achieve good results while learning a lot. Thank you for your support.”

The 21-year-old has been part of TOM’S since 2020, when he raced for the Youth-branded squad in Japanese F4, coming 16th in the standings with two points finishes, and second in FRJC with a far more impressive campaign that included eight second-place finishes and three third places, with only three races where he was absent from the podium.

He also picked up two pole positions that year, and added to that on his return in 2021 with four wins, three poles, seven fastest laps, 10 podiums and the title by a handy margin of 61 points.

SF Lights is on course for a grid of 12 full-time entries this year, more than it had last season, but is still reeling from the lack of international competitors due to travel restrictions from the COVID-19 pandemic.