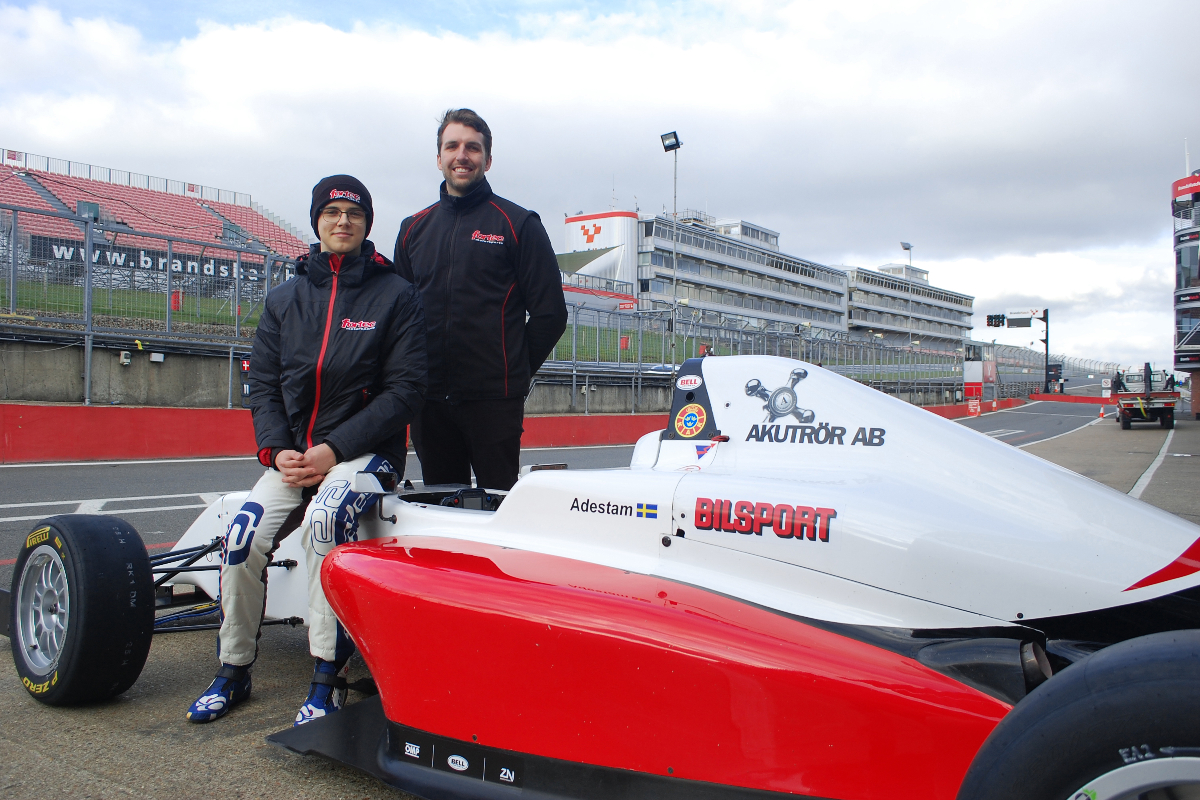 The 15-year-old came third in the Formula Renault 1.6-based FNordic in 2021, taking two wins in the Swedish series. He made a one-off appearance there the year before, when his primary programme had been the Aquila Synergy Cup Sweden.

The Swede was title runner-up in the sportscar series in 2020, and had been fourth in the standings as a rookie in 2019.

“I am thrilled to be heading into my first season of racing outside Sweden, and thankful for the trust Fortec Motorsports has placed in me,” said Adestam.

“Pre-season testing has gone well and I feel comfortable with both the team and the car. I am highly excited heading into the GB4 championship and I look forward to working hard with the team to deliver the best possible results.”

He tested with Fortec at Brands Hatch and Silverstone last month, and will be team-mate to Jessica Edgar and one other driver who is set to be announced in the coming weeks in the Formula 4-spec GB4 series.

Adestam has also vowed to pledge any prize money he recieves from pole positions to victims of the war in Ukraine.

“We’ve been very impressed by Elias’ performances in testing with us so far,” Fortec’s team manager Oliver Dutton said.

“He got quickly up to speed and was producing excellent lap times very quickly, and has been beating our reference times. In addition, his feedback has been very good and it’s fair to say he has a natural talent that should put him right towards the front of the grid with us this year.”