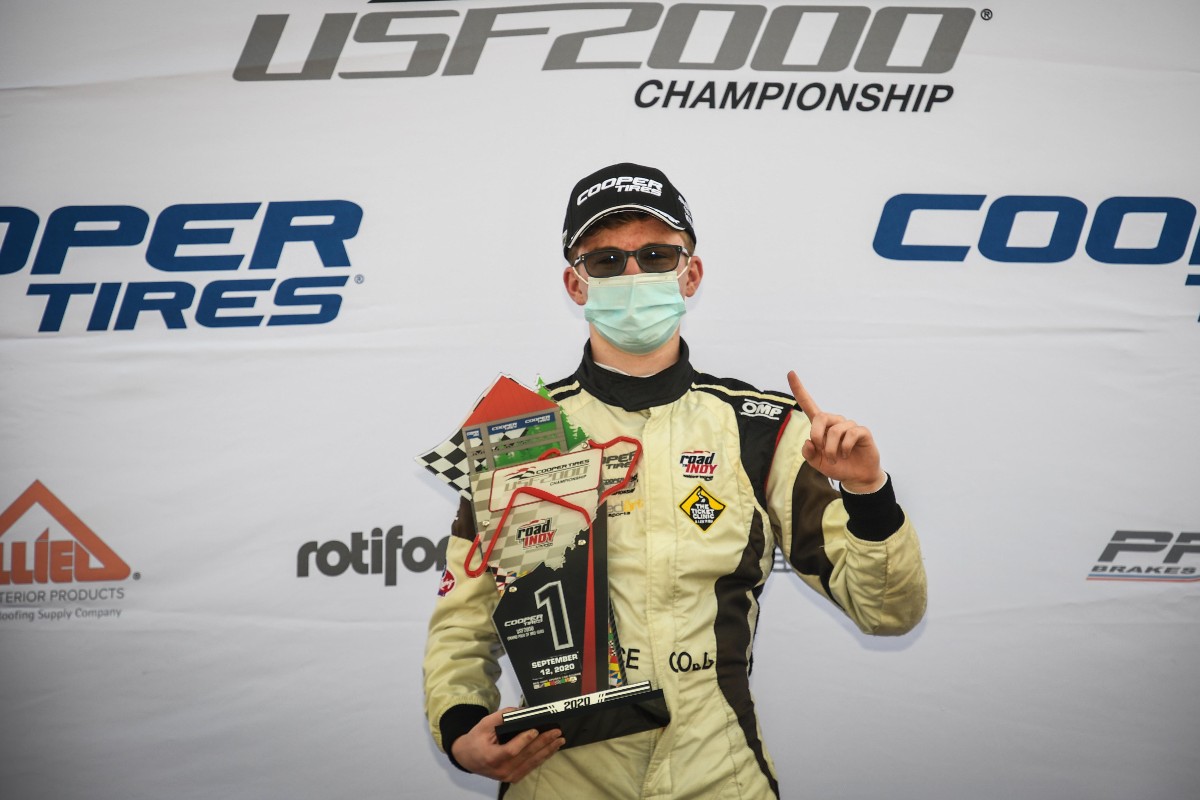 Juncos Racing has already made its first signing for the 2021 Indy Pro 2000 season, with Reece Gold joining the team from USF2000.

Gold, 16, won the Lucas Oil Formula Car Race Series title in 2018 and stepped up to USF2000 last year with Cape Motorsports. He finished 10th in the points, and also contested two United States Formula 4 rounds with the outfit.

In his sophomore season at Cape he has picked up two wins and a pole, and is currently joint on points for second place in the USF2000 standings going into this weekend’s St. Petersburg season finale.

“I am super excited and grateful to be joining Juncos Racing for the 2021 Indy Pro 2000 season,” said Gold.

“Juncos Racing is always a championship contender and I hope to continue that myself. The team has an extensive history in racing and I am thrilled to be a part of it.

“I already can’t wait for next year to begin and the first race at St. Pete.”

Juncos Racing team owner Ricardo Juncos added: “We are thrilled to announce Reece Gold as our first driver for the 2021 Indy Pro 2000 season.

“He brings a lot of great talent that we look forward to working with and taking him to the next level in his young career.

“Our team prides itself on our driver development program, giving drivers the tools and knowledge, they need both on and off track. I want to thank Reece and his family for the opportunity to add him to our championship winning program.”

Juncos Racing has already wrapped up the driver and teams titles in IP2000 this year. Its title defence is set to begin in St. Pete on March 6/7, the first of nine rounds in the recently-announced 2021 calendar.

Elsewhere in America this weekend, newly-crowned US F4 champion Hunter Yeany looks likely to make his Formula 3 debut in the Formula Regional Americas season finale at Circuit of the Americas.

He will be driving for Velocity Racing Development, the same team that ran him in F4 and has already confirmed he will not be returning to the lower-level series to complete the season there.