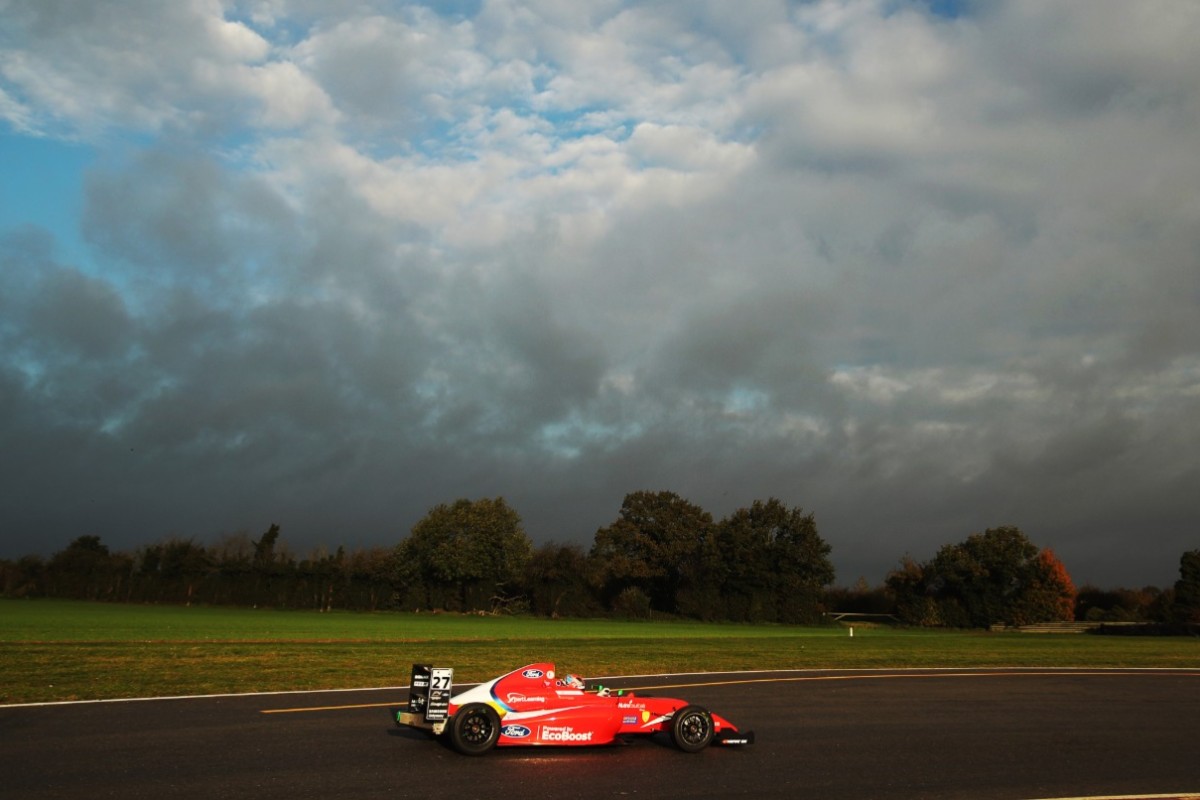 Arden’s Alex Connor set the quickest lap in British Formula 4 free practice before the heavy rain rolled in at Snetterton.

The damp was already present at the very start of free practice, but sunshine and a track with increasing grip levels meant laptimes dropped fast and Connor ended up on top with a 1m54.721s.

He was 0.630 seconds up on points leader Luke Browning (Fortec Motorsports), while Casper Stevenson (Argenti Motorsport) and Roman Bilinski (Arden) were closely matched in third and fourth.

In the lunch break for free practice two, the track ended up being soaked again by rain and that was made even wore when further rain arrived mid-session.

This caught out Fortec’s Rafael Villagomez, who went off at Oggies, while team-mate Browning went fastest with a 2m14.493s.

Carlin’s Zak O’Sullivan was second fastest and 0.547s behind, with Connor a massive 2.162s behind in third.

O’Sullivan was fifth in the morning session and he was the last of the drivers within a second of the dry weather pace.

British F4 returns to its usual three-race format this weekend, after a compressed schedule left it with only two races last time out at Croft.