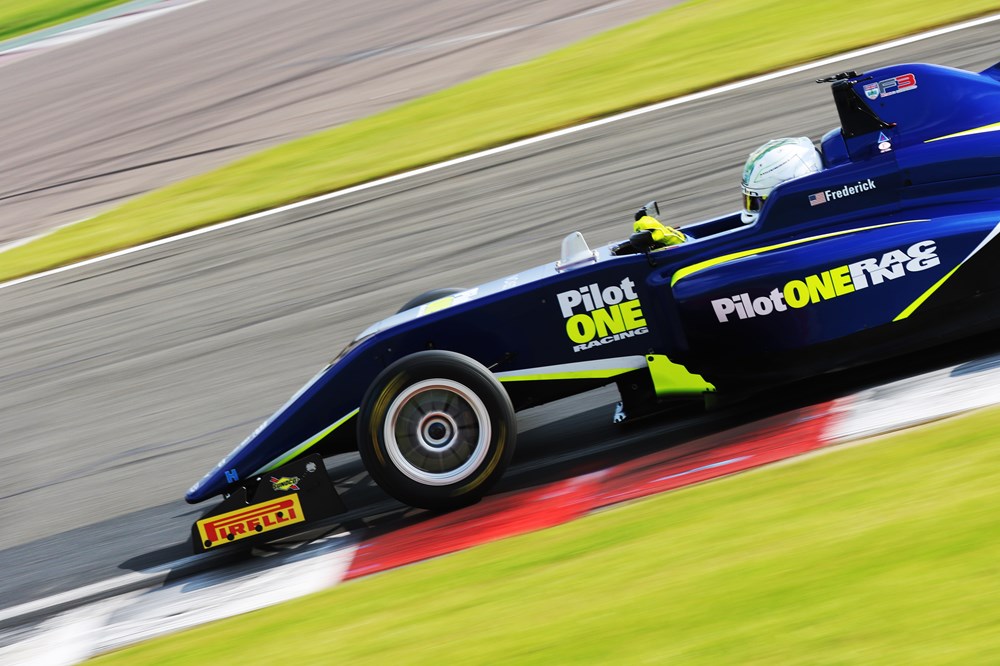 Marzorati has driven for the debuting JHR Developments team in his two British F3 appearances so far, but will drive for CDR in the final two rounds.

“I am very excited about racing with Chris Dittmann and his team,” said Marzorati. “They are right towards the front in terms of pace and I see it as a logical next step to improve my performances.

“I’d also like to say a big ‘thank you’ to everyone at JHR for helping me graduate into British F3 in the first place – they are a great bunch of people and, although new to F3, they are learning fast. I wish them all the best for the future.”

The two-day Donington test began in sunny but damp conditions, with Thursday’s laptimes gradually getting quicker as more rubber was laid down.

Frederick waited until the final minute of on-track action to put in his test-topping time, putting him just 0.027 seconds ahead of Double R Racing’s Louis Foster.

A further 0.063s back in third was Douglas Motorsport’s Ulysse De Pauw, who had gone fastest in the two morning sessions.

Fastest in session three of four, and fourth fastest overall, was Hillspeed’s Oliver Clarke. Hitech GP’s points leader Kush Maini was fifth but began his day with a suspension-damaging incident at the chicane.

Friday’s action began in the wet, and it was Frederick who again set the pace albeit with a lap almost 10s slower than his Thursday best. De Pauw was second fastest in the early morning session and Maini in the latter of the two, with Nazim Azman (Carlin) completing the top three in both.

Foster pipped Frederick to top spot in the first session of the afternoon, where Azman was once again third fastest, while Maini topped the final session of the test.

Lanan Racing’s Piers Prior missed Thursday but was immediately running in the top 10 on Friday; his lack of dry mileage meaning he was guaranteed to be slowest in the combined classification though. He also joined Hijjawi in ending session three of the day in the gravel.