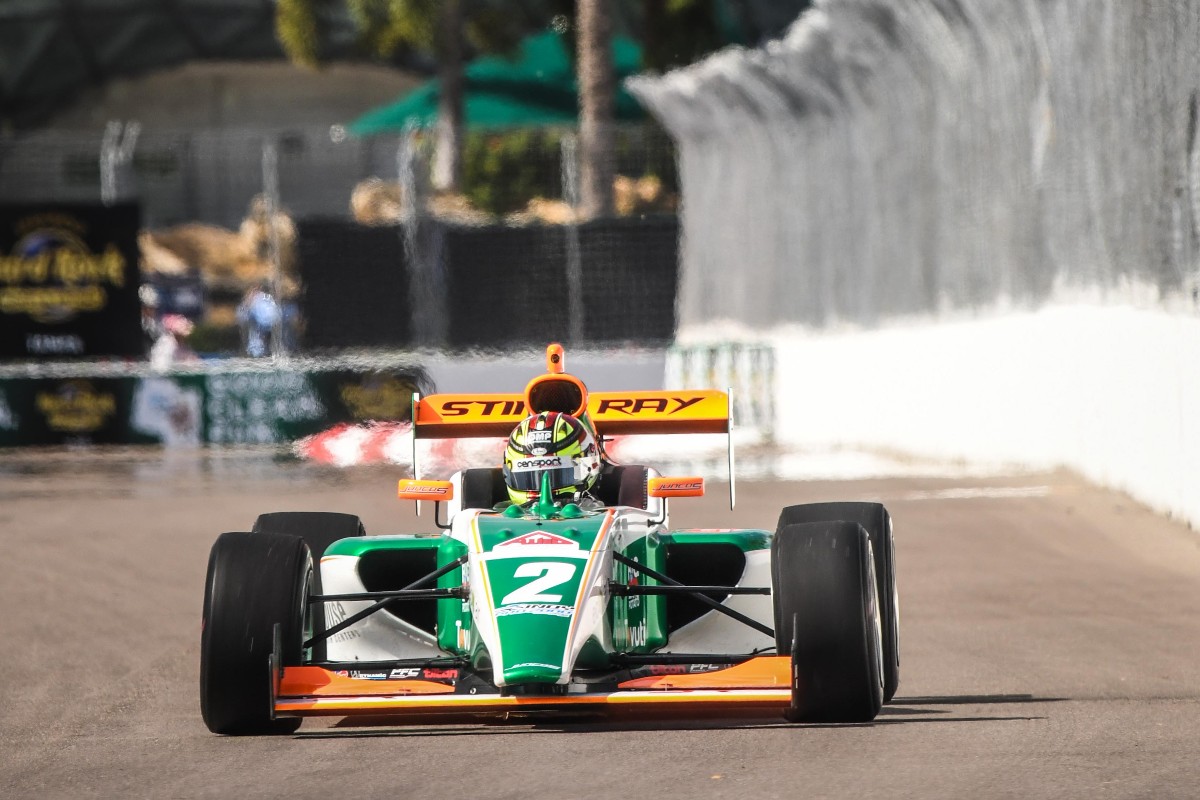 Sting Ray Robb took pole for Indy Pro 2000 race one in St. Petersburg, as the championship returned to where it was supposed to start before lockdown.

There are several changes to this weekend’s grid, with 2019 title runner-up Rasmus Lindh returning at Turn 3 Motorsport in place of Antoine Comeau, Tristan Charpentier replacing the injured Braden Eves at Exclusive Autosport, and Moises de la Vara (DEForce Racing) and Nate Aranda (Juncos) both back after missing races.

Robb set the early pace during the 20-minute qualifying session in commanding fashion, taking the top spot by 0.4s over DEForce’s Manuel Sulaiman and then sitting in the pits waiting for anyone to beat him.

The recently crowned champion then returned to track on fresh tyres to set an ever quicker time after Pabst Racing’s Hunter McElrea came very close to displacing him from provisional pole.

It was Turn 3’s Danial Frost who went top briefly before Robb came back and reclaimed the place by a quarter of a second.

Frost rounds out the front row, ahead of DEForce’s Parker Thompson, who was quick in practice, and McElrea.

Devlin DeFrancesco was ninth in his Andretti Steinbrenner entry, but currently leads a six-car battle for the title runner-up spot this weekend.

De la Vara, Aranda and FatBoy Racing’s Charles Finelli rounded out those who set a time, as DEForce’s Kory Enders was unable to appear on the track.