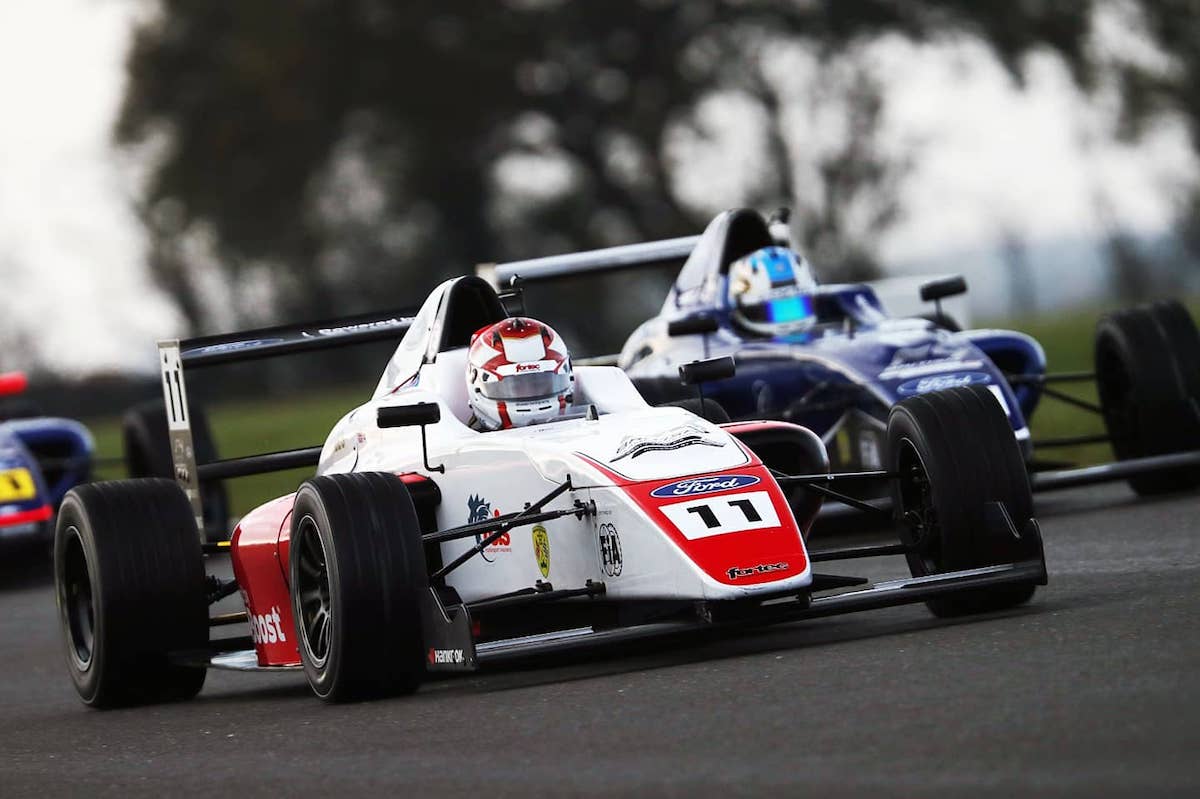 British Formula 4 title rivals Luke Browning and Zak O’Sullivan split the pole positions in qualifying for the penultimate round at Snetterton, with points leader Browning topping the times with a last-gasp effort.

Fortec Motorsports driver Browning only truly joined the fight for pole inside the final minute of the session when he went second quickest to O’Sullivan, just 0.003 seconds behind the Carlin driver.

O’Sullivan then improved by a quarter of a second when he took the chequered flag, only for Browning to find half a second on his last effort – a 1m54.032s – to take pole for race one by 0.251s.

The rivals’ previous best efforts put O’Sullivan on pole for race three by 0.003s over Browning.

Alex Connor had led the way for much of the session for Arden, often by comfortable margins as the drivers warmed up on a cold track after Friday’s wet running. He ended up third for both races one and three.

Carlin driver Christian Mansell enjoyed his best qualifying performance so far in British F4 by taking fourth on the grid for both races.

Championship outsider Casper Stevenson had to make do with fifth position for Argenti Motorsport, narrowly edging out JHR’s Abbi Pulling.

James Hedley wound up ninth fastest behind Frederick Lubin and Rafael Villagomez, but will move up to sixth on the race three grid ahead of team-mate Pulling.