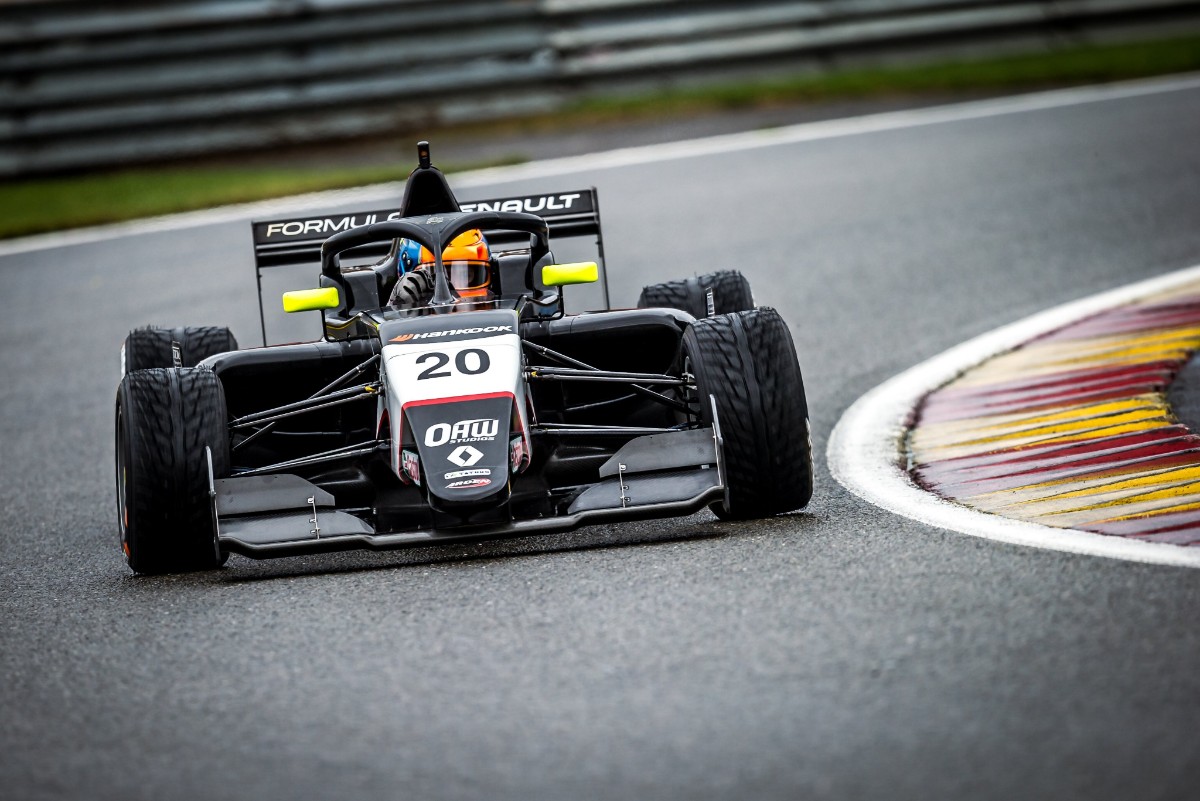 Alex Quinn was untroubled at the front on the way to his maiden Formula Renault Eurocup victory at Spa-Francorchamps, after starting the race from 12th position.

The Arden driver started on wet tyres unlike some of the drivers at the front of the grid, with the circuit still damp.

Quinn made up seven positions at the start of the opening lap before passing poleman and points leader Victor Martins and William Alatalo to move into second place by the end of lap three.

Just before the halfway point of the 30-minute race he overtook team-mate Ugo de Wilde for the lead, then pulled away by over 10 seconds as de Wilde started to encounter brake issues.

Such was their gap to the rest of the field that de Wilde was still able to make it an Arden one-two with relative ease, ending a three-year wait for the team’s second win after picking up its first with Dan Ticktum in 2017.

The racing behind the top two was close and fair throughout, with six seconds separating third and sixth at the chequered flag and drivers on both slick and wet compound tyres.

Martins and title rival Caio Collet both dropped down the order during the opening laps on their slicks, but they started to make ground again after the first 10 minutes, with Martins taking seventh from David Vidales close to the halfway point before taking two more positions in quick succession at two-thirds distance.

It took until the penultimate lap for him to get by MP Motorsport’s Kas Haverkort, who defended fourth position well after JD Motorsport’s William Alatalo had sunk down the order from a podium spot.

Martins managed to get within one second of his ART Grand Prix team-mate Gregoire Saucy on the final lap but was not able to make a move for the final podium place. Haverkort finished in fifth.

Collet meanwhile rose from ninth up to sixth during the final three minutes and claimed fastest lap on the final tour.