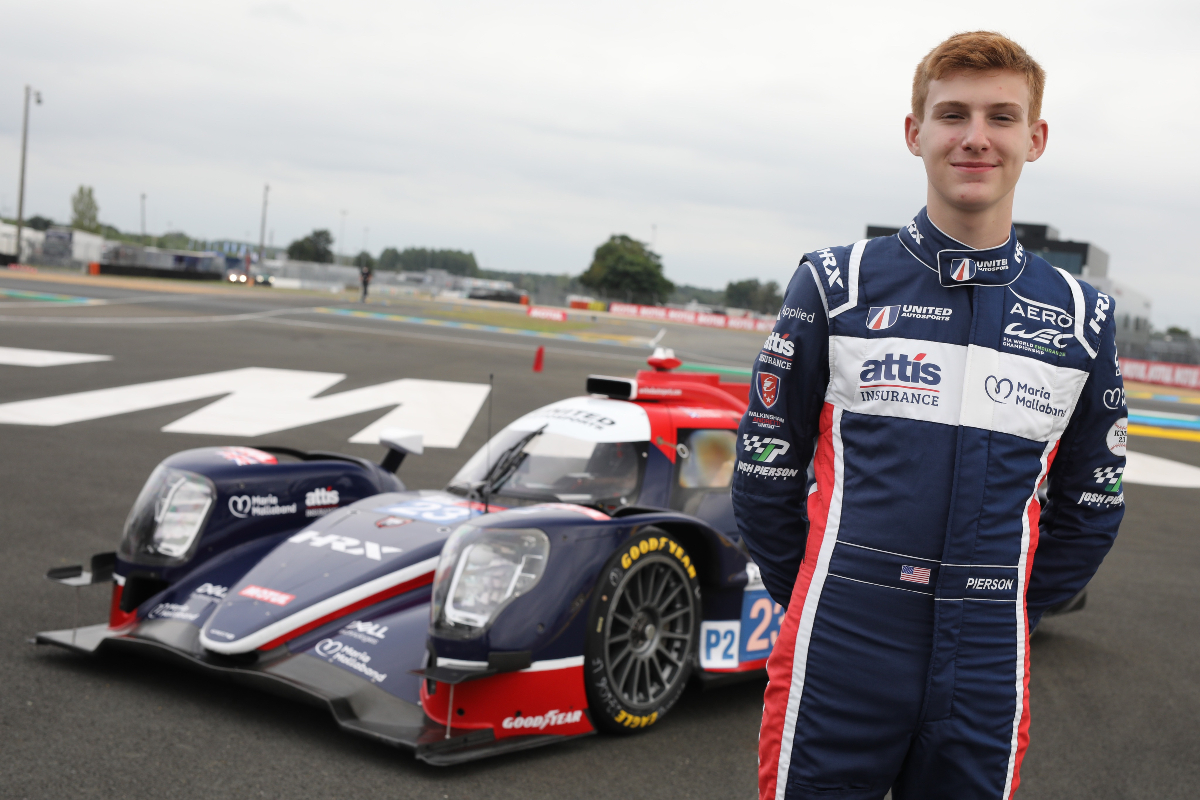 USF2000 title contender Josh Pierson plans to become the youngest ever driver to compete in the Le Mans 24 Hours, having signed with United Autosports to contest next year’s World Endurance Championship.

Pierson turns 16 next February, but has already landed a full-time seat in the WEC for 2022 with United – founded and run by McLaren’s chief executive officer Zak Brown and Richard Dean – in one of its Oreca 07 LMP2 cars.

He has begun a testing programme in the secondary class prototype sportscar, and will potentially race it in other series in addition to his WEC efforts to increase his preparations for his 24-hour racing debut.

“I am honoured and grateful to have the opportunity to be part of such an accomplished team as United Autosports,” said Pierson.

“I can’t believe how quickly my career has progressed in the past year. To suddenly be driving a car as fast as the LMP2 car, feels like a dream.

“I’m looking forward to what the future has in store for me and the team. I have one simple goal, and that’s to help United produce the best results I can.”

Pierson is currently fourth in the USF2000 points with Pabst Racing, taking five podiums from 13 races.

The American stepped up from junior karting into USF2000 last year aged 14, taking the place of Manuel Cabrera at Exclusive Autosport after the delayed start to racing action due to the COVID-19 pandemic.

He finished 20th in the points with one top-10 finish, and also a drove a USF2000 car in Atlantics where he claimed two overall podiums, as well as coming 16th in the entry-level F1600 Championship Series after contesting a third of the season.

In karting he was a title winner in Mini karts, and also performed well on the United States’ national scene at the junior level.

“I’m delighted to welcome Josh to the team for 2022,” said Brown of his first signing for next season.

“He is a very exciting and mature 15-year-old with tons of potential. Our WEC team are experienced and can assist him on this journey and I’m looking forward to seeing how he gets on.”

His co-team principal Dean added: “I’m delighted that Josh can join us at the Le Mans 24 Hours this year for this announcement and also to get a taste of what the event is like. I was very impressed with Josh when he tested with United a few months ago at the Red Bull Ring in our LMP2 car. Our job is to have him ready to win in the WEC next year.”

The team is fielding three cars at this year’s Le Mans race, which takes place this weekend. Euroformula graduate Manuel Maldonado will drive the team’s #34 car alongside Jonathan Aberdein and Nico Jamin.

There are two active junior single-seater drivers taking part in the 2021 edition of the famous race, both in the LMP2 class. Beitske Visser is at Richard Mille Racing, and Franco Colapinto is driving for the the Algarve Pro Racing-run G-Drive team.