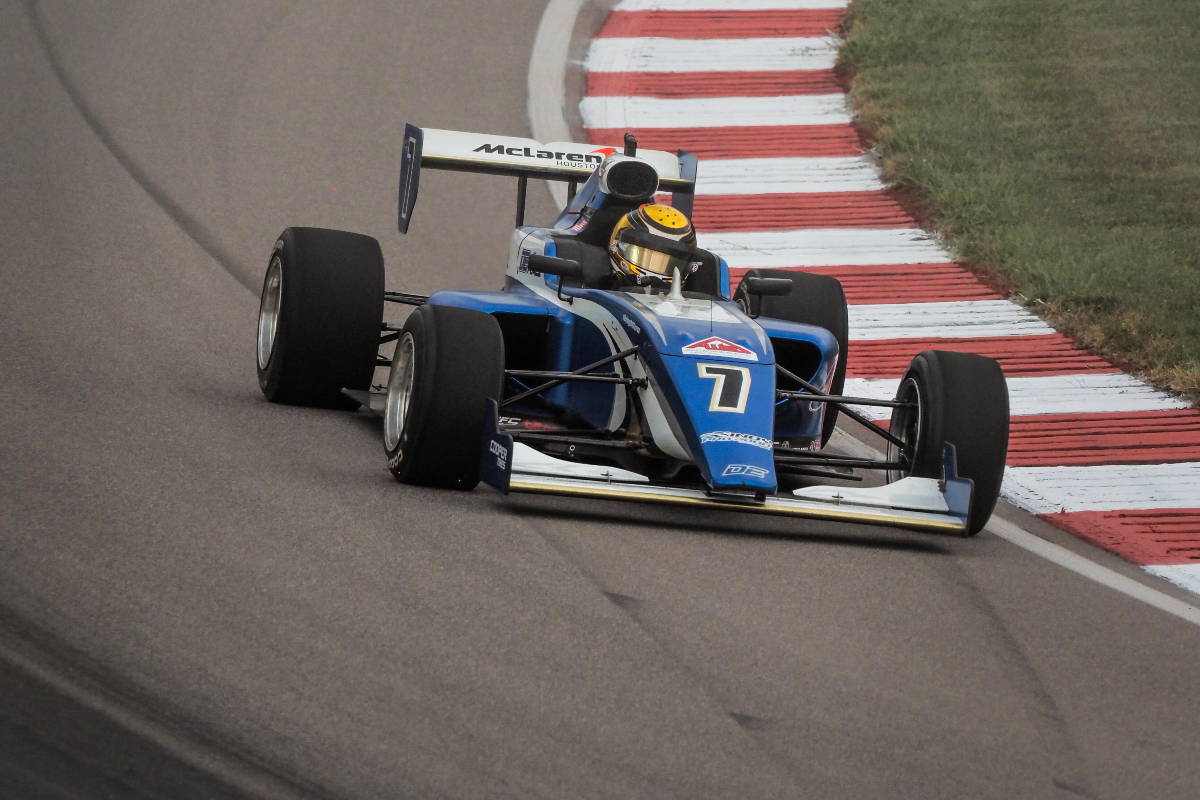 DEForce Racing will be back on the Indy Pro 2000 grid for this weekend’s race on the Gateway oval, and will be fielding two cars.

The American-Mexican team was founded in 2016 and first entered IP2000 two years later part-time with a single car. Kory Enders drove that car for one round, then returned in 2019 and picked up two podiums.

He remained with DEForce for 2020, as team-mate Manuel Sulaiman claimed the outfit’s first two wins and it finished second in the teams standings, and along with Nolan Siegel will be one of the drivers racing for it on its series return.

DEForce did actually start the season on the grid, running Cameron Shields for the first two rounds before he ran out of budget. It’s been absent since, but has come back for Gateway as it prepares for a full-time multi-car attack in 2022.

Enders, 24, has 34 races in IP2000 under his belt since debuting in the championship’s now-defunct National class back in 2016. In addition to experience in the Toyota Racing Series and USF2000, he is also a NACAM Formula 4 race-winner.

Siegel meanwhile is new to the championship. The 16-year-old has been racing in USF2000 since 2019 and has made the podium three times. He’s racing for DEForce in the series this year, and claimed his maiden pole position with the team in the opening round at Barber Motorsports Park.

Velocity Racing Development will be absent from the Gateway grid. Its only driver Hunter Yeany recently debuted in GB3, and next year he is set to fully relocate his career to Europe, where there are no ovals, so is not doing IP2000’s oval races.