Home Formula 3GB3 Simmons: “We’re back to where we belong” after GB3 struggles
GB3News 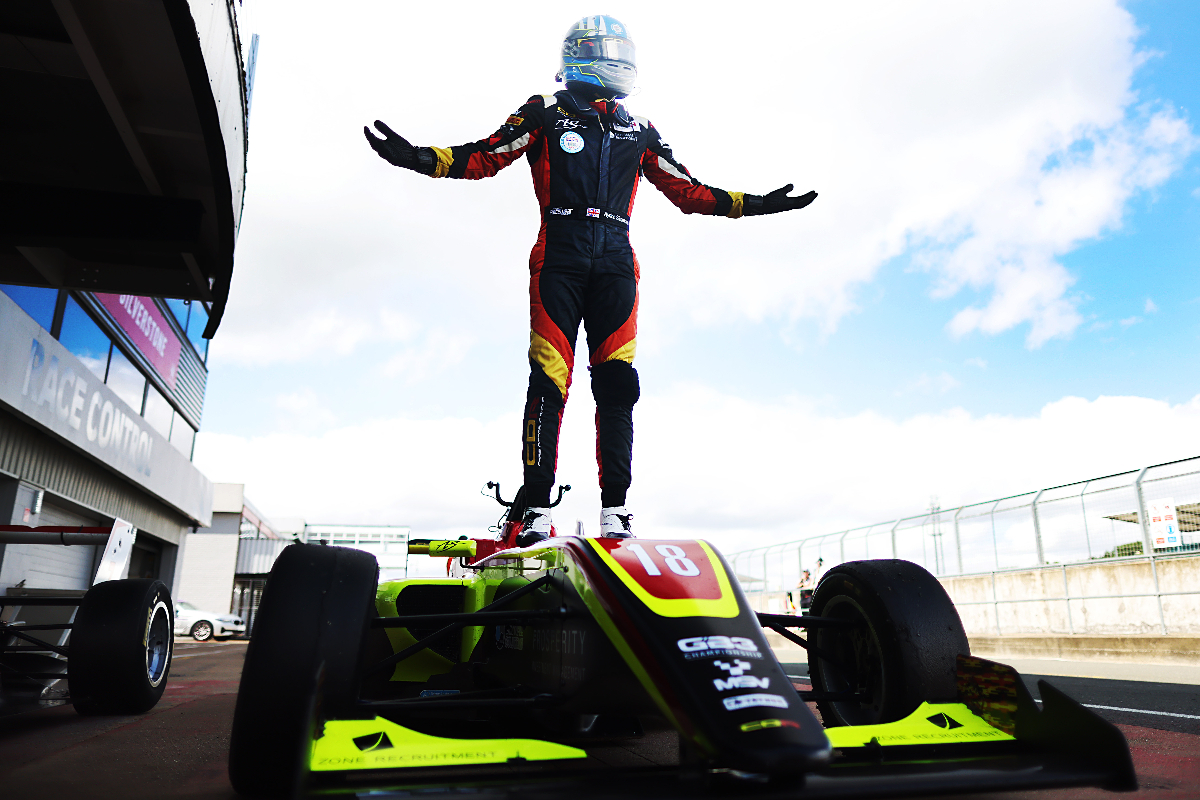 Chris Dittmann Racing’s Ayrton Simmons believes he has “found some speed again” after chassis damage left him “on the back foot” earlier in the season in GB3.

Simmons has endured a trouble-filled campaign since winning the season-opening race at Brands Hatch, but returned to form last weekend at Silverstone by converting a strong wet-weather qualifying performance into two commanding wins.

It ended a run of three rounds without a podium for Simmons, who finished third in what was then BRDC British Formula 3 in 2019 and won twice in a part-time 2020 campaign before returning full-time at the start of this year.

“It is [a relief], we needed that, that’s for sure,” Simmons said to Formula Scout of his return to the podium’s top step.

“In testing there was a lot of pace, but on Friday it went in the wrong direction car-wise. We knew we were quick in the wet, but in the dry we didn’t know what to expect. We made a few changes and, to be fair, I was really happy with the balance and the way everything went.”

Simmons’ most recent podium prior to last weekend also came at Silverstone, during round two of the season in June when he salvaged a win in the reversed-grid race from a largely difficult weekend.

The struggles were put down to previously undiscovered chassis damage – a legacy of a spectacular collision with Hitech GP’s Bart Horsten in race two at Brands Hatch – which team principal Chris Dittmann said had a knock-on effect.

“That put us on the back foot for the next few rounds really,” revealed Dittmann. “We had some damage to the differential which we discovered [last time] at Silverstone. But the team worked really hard to get it turned around.”

After switching tubs for round three, Simmons rediscovered frontrunning pace earlier this month at Snetterton. But a bad qualifying – failing to set a representative laptime before heavy rain arrived – ruined his chances of strong results.

“We swapped tubs and it was better, but we were still lacking a bit of pace,” said Simmons. “I think we were generally about half a second off.

“We’ve done one day of testing away from the races itself this year, so we knew we needed to focus on pace. We’ve been working hard, we’ve made a lot of changes, and it’s paying off now.

“We’ve got rid of all the problems now, which is good, and we’ve got our heads down and we’re back to where we belong.”

Simmons came 12th in the reversed-grid encounter after going airborne on a kerb on lap one and losing ground. But his two wins have brought him closer to second in the standings, as Carlin’s Zak O’Sullivan has romped away in the title lead.

“The weekend as a whole has been brilliant. Still got some bits to work on, we’re always trying to improve,” Simmons said. “We’ve found some speed again, so just aiming to carry this momentum and bring it home in the last two rounds.”