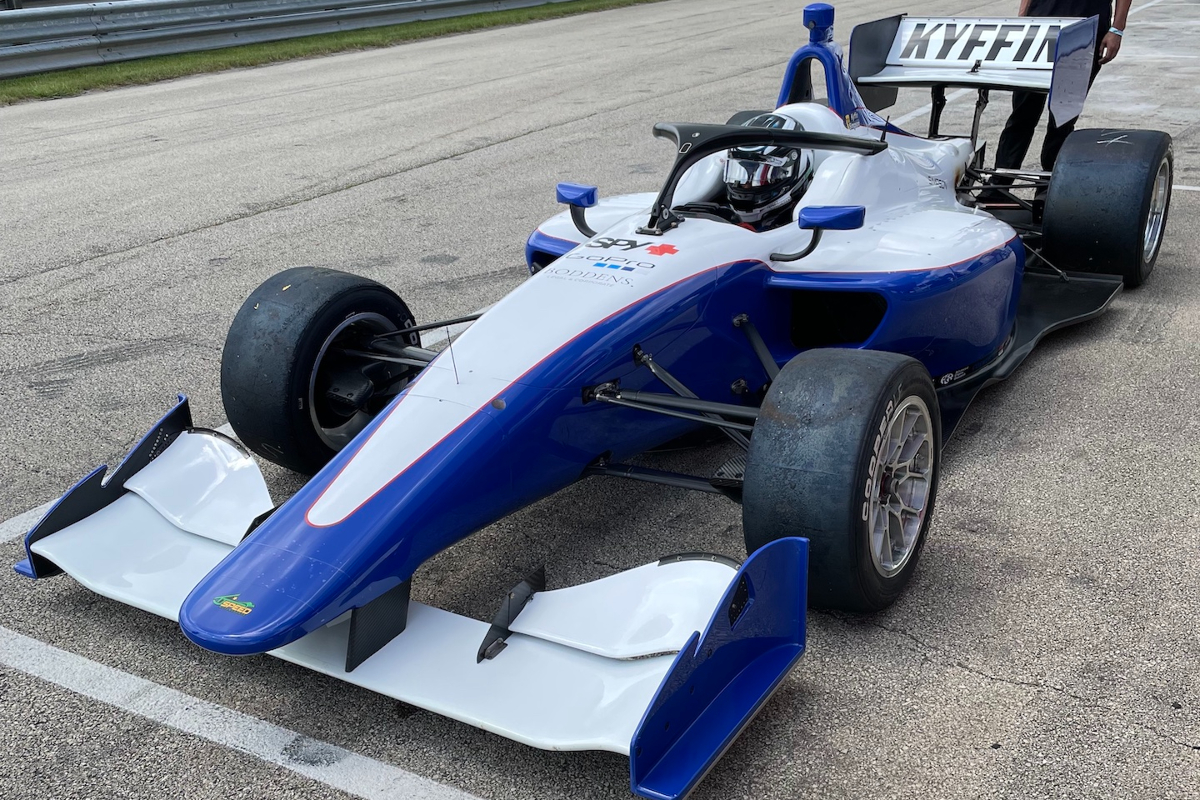 The new TJ Speed team entering Indy Lights next year completed a shakedown with its first car this week at the Autobahn Country Club circuit.

Kyffin Simpson was the driver behind the wheel of the Dallara IL-15, fitted with the halo cockpit protection device added to the car for this season, at the 5.73-kilometre track in Illinois on Tuesday (August 17).

TJ Speed will field several cars in 2022, having taken ownership of the three chassis previously used by Belardi Auto Racing earlier this year before sending them to Dallara to be fitted with the halo.

“About yesterday, star-struck In one word? Amazing,” Simpson said of his experience driving the car for the first time.

“Blessed to shake down TJ Speed’s first IL-15 at Autobahn yesterday. Indy Lights is something else. Big thanks to Tim [Neff, team boss] and the rest of the team for the opportunity.”

Simpson is currently racing for the team, founded by experienced Australian engineer Tim Neff at the start of this year, in Formula Regional Americas.

He won the outfit’s first three races in motorsport, and has added two more victories since then during the FRegional Americas season to sit atop the standings by 49 points with two rounds to go.

The 16-year-old is evaluating Indy Lights for next year, although if he becomes FRegional champion he will recieve a $600,000 scholarship from Honda to fund a move up to Super Formula in Japan.

He is concurrently racing in Indy Pro 2000 with Juncos Racing in his second year driving single-seaters, and has taken three podiums so far this season.

Catching up with motorsport’s only European and World Cup winner