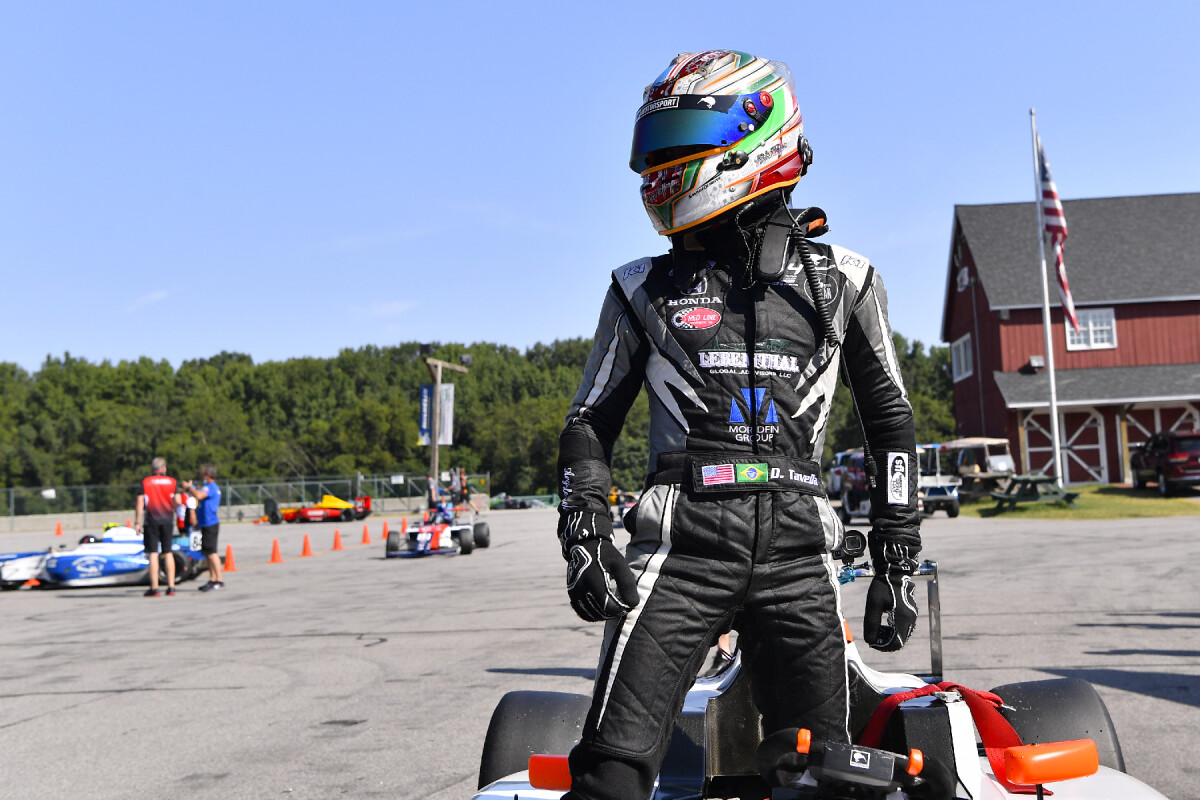 In 2020, Tavella won two US F4 races with the team (in its alliance with Kiwi Motorsport), and finished fourth in the points in his third season in the series.

He also raced in the F4 Western Winter Series, where he was title runner-up in 2019 and then champion a year later. His FRegional programme is only for the Road Atlanta season opener at present, but plans to be expanded to a full-time effort.

“Team Crosslink is one of the premier FR Americas teams in the paddock, and I am happy to fly their colors,” said Tavella.

“My goal is simple. I want to do the best I can, turn some heads and see what we can do on the results sheet.

“I know that if I can check all those boxes, the rest will fall into place as I work to navigate through my school schedule in an attempt to run a full season.”

Tavella teams up with 2019 US F4 champion and sophomore FRegional racer Joshua Car in Crosslink’s line-up.

“We welcome Dylan to the team, and he will be a great addition alongside our already confirmed drivers,” Crosslink’s team manager Sean Owens added.

“Dylan has completed a couple of test days so far and has shown speed, but also gained experience along the way. Racing alongside Josh Car, I think we have a powerful one-two driver program that will fight for race wins and podium results in 2021.”

In the supporting US F4 championship, DEForce Racing has announced the signing of NACAM F4-experienced José Andrés Martínez.

“Happy to be joining DEForce for the 2021 US F4 season,” the Mexican said. “Eager to get things started. We will work hard to fight for a podium and collect some hardware for the team.”

Earlier this week the YACademy Winter Series for F4 cars finished at Sebring, and featured several US F4-bound names including full-season rookies Mac Clark, expected to join Gonella Racing, and Rodrigo Gutierrez, set for a seat at DC Autosport.

Velocity Racing Development’s Nico Christodoulou edged Clark to the title, having been behind his fellow Canadian after the opening Homestead-Miami Speedway round, while Jay Howard Driver Development’s Matt Christensen and VRD’s Nikita Johnson also won races.

Nico Christodoulou won the two-round YACademy Winter Series for Formula 4 cars at Sebring this week, fending off several of the drivers he will face in US F4 this year pic.twitter.com/plxjbg50Qe