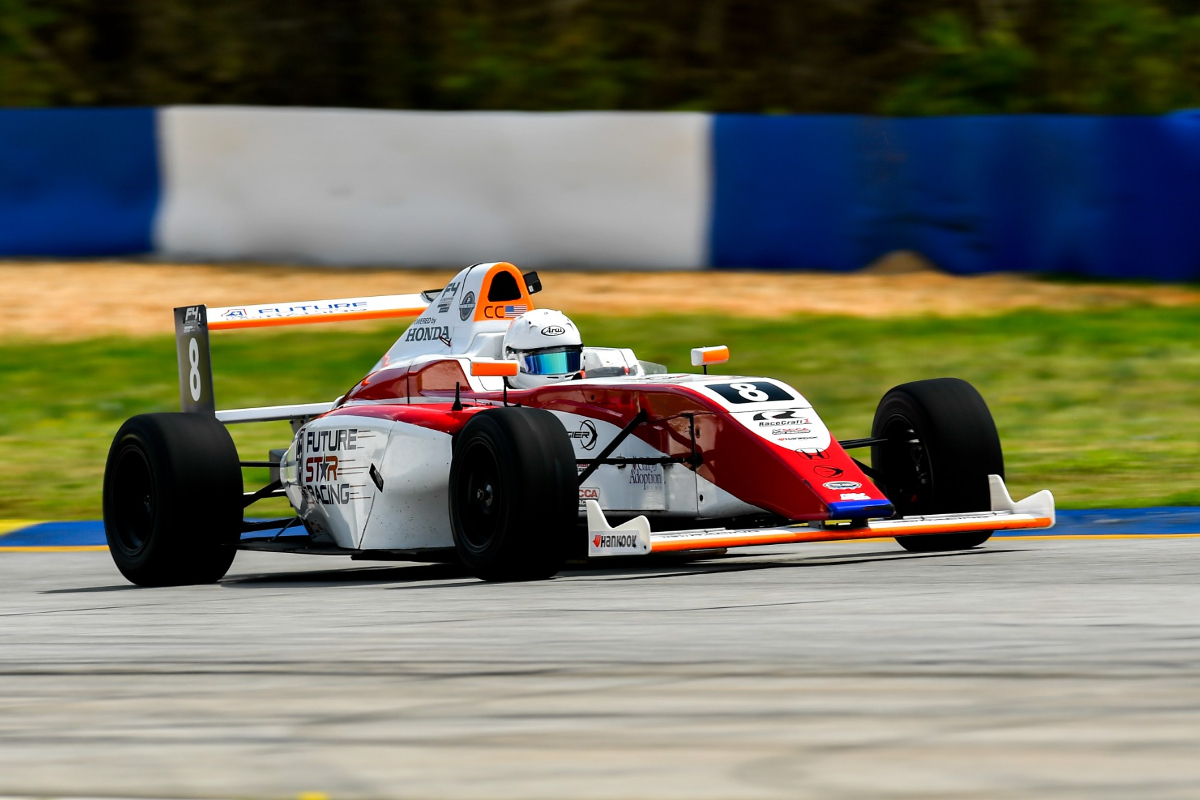 The company behind the United States Formula 4 championship is setting up a sister series for 2022 that will use the same Ligier-branded Crawford F4-16 car and cater for 14-year-old drivers.

Formula Development, as it will be known, will fight for market space in the USA against the country’s two regional FIA F4 series (F4 Western and F4 Eastern) as well as their winter counterparts and YACademy Winter Series.

Parella Motorsports Holdings, which also owns Formula Regional Americas, has marketed its new series in a similar way to Jonathan Palmer’s GB4 championship by committing to first-generation F4 machinery rather than halo-shod successors.

“After getting involved in the Road to Formula 1 ladder with US F4 and FRegional Americas, I realised that there was a need in the development system for young drivers that wasn’t being met by the industry,” said championship boss Tony Parella.

“In today’s world, young drivers have had to go from karting right up to US F4; that’s a big jump. There was a niche that developed with the need to lay the proper foundation for wheel-to-wheel racing and allow drivers time to hone their race craft. SpeedTour Formula Development will help fill that gap.”

US F4 confirmed to Formula Scout it will not adopt a new car next year, meaning there will be two series run by the same organisation using the same car. The Crawford chassis is already raced in five US series, and that will become six in 2022.

There are other junior single-seater series aiming for young drivers at the entry level too, with the wingless F1600 Championship Series for example continuing to be popular and attracting international talent.

Parella’s plan for FDevelopment is to have low entry fees and just a four-round calendar to further control costs. There will also be three test events on circuits included in US F4’s 2022 calendar.

That series’ race director will be IndyCar race-winner Scott Goodyear, who says “the series will focus on education and driving skill as much as competition”.

Scholarships will be in place to give drivers from karts their first tests in single-seaters, with nine already planned with Radford Racing School and Kaizen Autosport and relying on talent scouts in the US karting scene. Those who get the scholarships to test with Radford or Kaizen may then be eligible to race in FDevelopment if they are 14.

The first ever event is set to take place at Road Atlanta on March 24-27 next year, with a two-week gap until round two at NOLA Motorsports Park on April 8-10.

Before the next round at Lime Rock on May 27-30 there is a test event at Road America, and then there are two more test events at Mid-Ohio (June 23-26) and Virginia International Raceway (October 6-9) before the season concludes on October 14-16 at Utah Motorsports Campus.

The inaugural champion will recieve a scholarship that covers the entry fees for contesting the 2023 US F4 season.