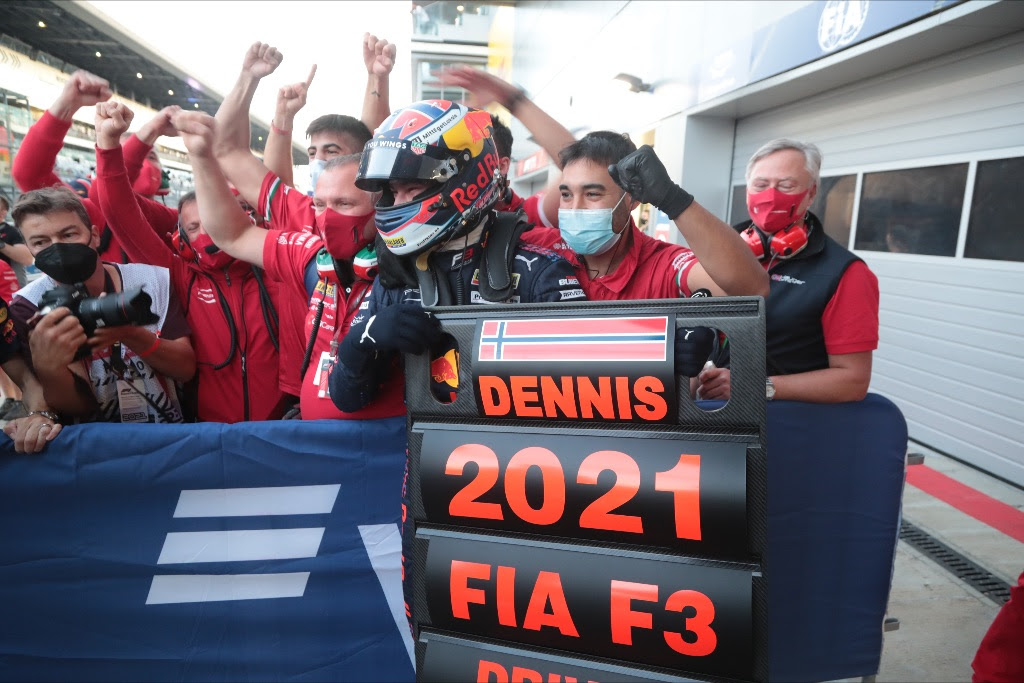 Dennis Hauger and Trident are the FIA Formula 3 champions, and the Formula Scout team gives both heaps of praise in this week’s podcast, as the intense Sochi round on and off track is the main topic of discussion

It wasn’t straightforward weekend for the junior single-seater series at the Russian Grand Prix, with schedule changes and race cancellations to contend with (and a totally flooded paddock).

In addition to that, the 2022 format for both Formula 2 and Formula 3 were revealed, and somewhat ironically was trialled accidentally in Sochi. There’s not too much settled upon yet for next year’s calendar, but we know some aspects already.

Oscar Piastri took his second feature race win in a row in F2, but he has four rivals to fight off in the final two rounds in December as the title picture finally starts to settle. Dennis Hauger’s clinching of the F3 title became a formality after Friday in Russia, but the battle between Prema and Trident for the teams title became an unusually high-drama dispute on track.

Also discussed in this week’s podcast is Formula Regional European Championship’s trip to Valencia and some concerning driving standards in British Formula 4 at Silverstone.

You can listen to the latest episode below, or find it on Breaker, Google Podcasts, Overcast, Pocket Casts, RadioPublic, Castbox, Apple Podcasts and Spotify.