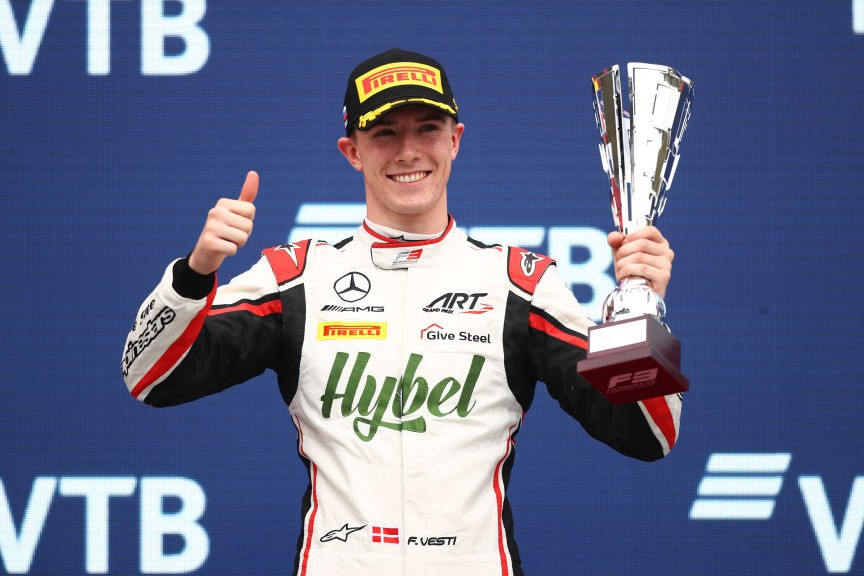 Only half of the F2 season had been completed by the time 19 of the 20 seats on next year’s F1 grid were filled, with a quarter of the season still to go right now and with a 10-week gap until action resumes in Jeddah.

The seven-round FIA F3 season has already concluded, with Mercedes-AMG F1 junior Vesti placing fourth in the standings. He’s unsure of his 2022 plans, but could debut in F2 this year as there are grid vacancies for the season’s Middle East rounds.

When Formula Scout asked Vesti about the impact of the calendar gaps on securing an F2 berth, he said: “It’s the same for everyone. F2 ends in mid-December, so there is a long time.

“But to be honest I think the F2 teams have quite a clear idea already now of their plans next year.

“There are some who don’t know, but you are always looking forward and a team is always quite good at looking ahead as well. So I think as drivers we need to push on and find the best possible seat if F2 is what we want to go to.”

Their influence is what brought him into an ART Grand Prix seat in F3 this year, having initially been set for a second season at Prema after winning three races as a rookie with the team, and is also why Vesti has the door open on if he is headed to F2 or not. Previous Mercedes juniors have bypassed GP2/F2 to race in the DTM (during its touring car era) then F1.

Regardless, it appears that Vesti’s F3 career is done and he will move on to a new series in 2022.

“I’ve had such an awesome time, my last two years in F3,” he reflected.

“I cannot tell you yet [what’s next], because I really don’t know what I’m doing next year. It’s really about budget as well. So we are really pushing hard to find the money to do the next step, but we’ll see what the future holds.”