He’s been quietly on the radar for the past few seasons, but Nico Muller’s victory in the Monaco Grand Prix curtain-raiser last weekend should propel him into the spotlight. We profile the Swiss star.

Even though Nico Muller has been racing at the sharp end in GP3 and Formula Renault 3.5 for the last three and a bit years, he’s a driver that’s rarely mentioned alongside the most promising prospects. We’re kind of guilty of that ourselves, taking until now to profile him. But he did wonders for his reputation with his first FR3.5 victory last weekend in perhaps the most important race of the season – the Monaco Grand Prix support race.

In karting, Nico finished second in the Swiss Junior Championship in 2006 and then won the Bridgestone Cup the following year. For 2008 he moved into cars, contesting the Formula Renault 2.0 Switzerland series. Driving for Jenzer Motorsport, he won one race at Spa and finished fifth in the standings.

In 2009, Nico dominated the Swiss championship, winning nine of the 12 races and finishing second in the other three. He also contested the Eurocup, where he finished 11th in the standings with a best result of second place in the season opener at Barcelona.

Nico stepped up to the new GP3 Series with Jenzer for 2010. After two top six finishes at round two in Turkey, he won the reverse grid race in Valencia. Later on in Hungary he claimed pole position and won the feature race, and he finished the season a highly impressive third in the standings behind title rivals Esteban Gutierrez and Robert Wickens. He had finished in the top six in 11 of the 16 races – a superbly consistent campaign for a relatively inexperienced driver. 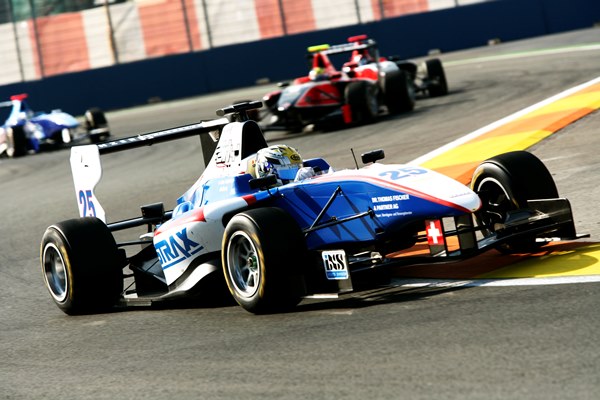 Muller on his way to his maiden GP3 win at Valencia 2010 (Photo: Drew Gibson/GP3 Media Service)

He remained in GP3 for a title assault in 2011, and stuck with the Jenzer team. The year did not start well, with only one points finish from the opening three weekends. He was able to win the first race in Silverstone thanks to fitting wet tyres before rain fell on the warm-up lap, prompting those on slicks to pit. He had another barren spell through the next three races, before managing to resume his consistent points scoring from the year before with six points finishes from the last six races, including two podiums. That took him up to fourth in the final standings – still a good effort in what was a much more competitive grid.

Nico made the move onto Formula Renault 3.5 for 2012, signing with the Draco squad. He scored a best result of second place at the Nurburgring on his way to ninth in the standings, but would have managed more were it not for unreliability that saw him retire on six occasions, since he was able to score points nearly every time the car made it to the flag.

He stayed with Draco for 2013 and began the season as a title outsider. He picked up fifth-place finishes at both of the opening two weekends at Monza and Motorland Aragon before qualifying on pole position at Monaco, securing an untroubled maiden victory in the race. The result moved him up into third in the standings behind Kevin Magnussen and Stoffel Vandoorne and ahead of pre-season favourite Antonio Felix da Costa.

Talent rating: Nico’s ability can be hard to gauge. His Swiss Formula Renault title was won with little in the way of significant competition, and he didn’t make a huge impression in the somewhat more competitive Eurocup. He surprised everyone in GP3, where his consistency in particular stood out more than his outright speed, and to write-off season two for scoring fewer points would be unfair given the sort of names he was up against. In FR3.5 his ability has often been masked by a Draco setup that does not rival some larger teams, but he certainly proved himself in Monaco, a circuit that arguably rewards driver performance more than anywhere else. 8/10

Chances of getting to F1: While many of the frontrunners in FR3.5 have relationships with F1 teams, Nico is one of the best without such a deal. As such, he may get an opportunity to test for Red Bull even without winning the championship. That could open doors elsewhere, with Sauber being an obvious possibility for any Swiss driver. He needs to keep making an impression on-track, since he does not have much in the way of funding to tempt teams with. He’s been linked to the DTM before, testing for Audi over the winter, and it could be that an opportunity comes there sooner rather than later. 6/10 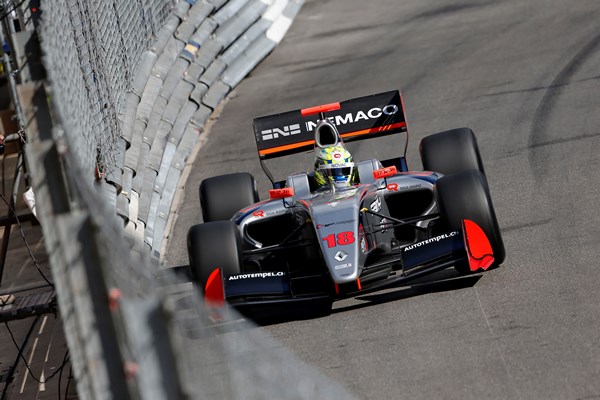