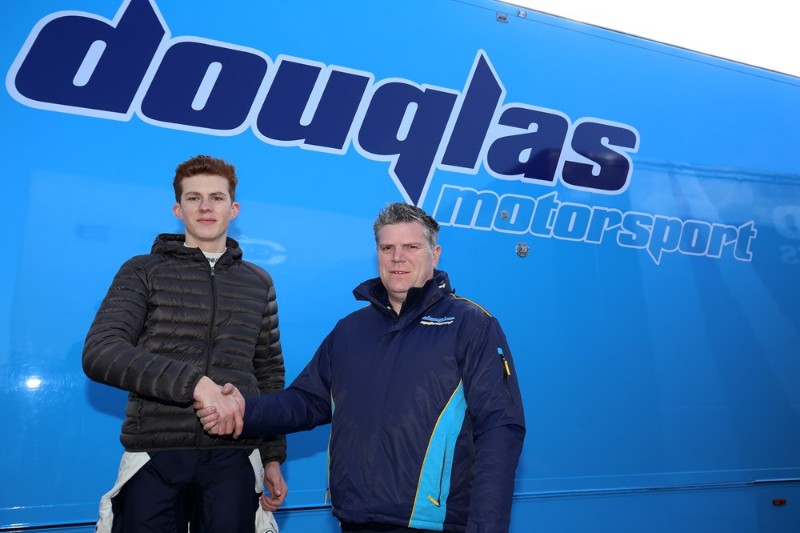 French Formula 4 race-winner Ulysse De Pauw will race in BRDC British Formula 3 with Douglas Motorsport after testing with the team at the championship’s media day.

The 17-year-old’s 2018 French F4 campaign came off the back of winning a place in the Royal Automobile Club of Belgium?s National Team, the same programme that launched Stoffel Vandoorne’s career. De Pauw finished third in the F4 standings.

In his last year of karting he was third in both the WSK Super Masters Series and the Champions Cup in OK, as well as being champion of Belgium and third in the world final in the X30 Super category.

?I?m really looking forward to the year ahead in BRDC British F3 with Douglas Motorsport, and want to thank everyone who helped and supported me to have the chance to take part in this championship,” said De Pauw.

“I’m feeling confident as I make the next step up. For the second year I have a new car and new circuits to learn, but my first year of single-seater racing was very strong and having just missed out on second place in F4, it?s made me even more determined as I get ready for my first season in British F3.?

Team Principal Wayne Douglas commented: ?We?re delighted to complete our three-car line-up with Ulysse. He?s demonstrated that he?s a very exciting driver with plenty of potential, and with our driver development programme should be one to watch this year.