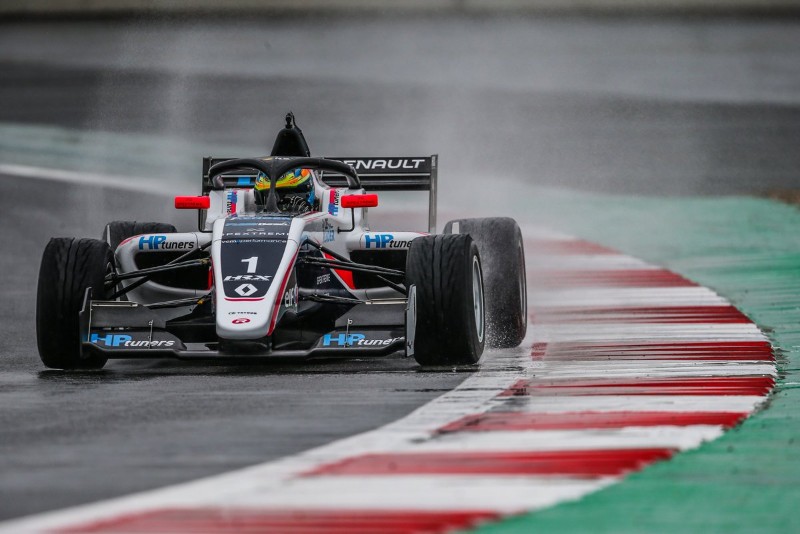 Frequent showers of rain led for two confusing sessions, where on more than one occasion the leading driver caused red flags.

The first pacesetters of the morning were M2 pair Cameron Das and Esteban Muth, with Das stopping on track not long after and causing the second red flag of the day. FA Racing by Drivex’s Patrick Schott caused another, and with weather conditions failing to improve it meant the order at the top remained the same.

MP Motorsport’s trio of Amaury Cordeel, Lorenzo Colombo and day one pacesetter Victor Martins didn’t even set a lap, and were accompanied by M2’s Kush Maini in remaining in the garage.

Both Cordeel and Muth caused red flags in the afternoon session, with Arden’s Sebastian Fernandez setting the early pace. Cordeel managed to move into second in a brief period of improved weather, before both were demoted by Piastri with 90 minutes of the day left to go.

Fernandez’s team-mate Frank Bird moved into first place with an hour to go, having caused the first red flag of the day, but with the rain starting to disappear he didn’t remain there for long.

Schott was the first to beat his benchmark, followed by Bhaitech’s Federico Malvesititi and Petr Ptacek. JD Motorsport’s Joao Vieira stopped the running again, and when the session restarted Piastri didn’t take long to reclaim first place. It was well timed, as shortly after Malvestiti span and caused the final red flag of the day.

MP Motorsport paid for its lack of morning running, propping up the timesheets a whole 14 seconds off the pace.