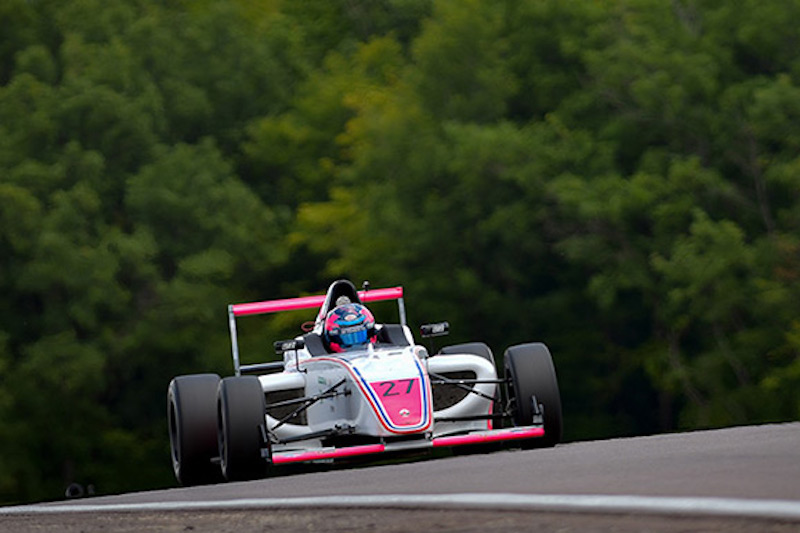 Ugo de Wilde got his French Formula 4 title hopes back on track with a lights-to-flag win in the first race at Dijon.

The second-year driver’s first victory since the opening race of the season at Nogaro cuts his deficit to championship leader Caio Collet (who finished fifth) from 14.5 to 1.5 points, after he finished no higher than seventh across his home races at Spa last time out.

On the championship’s first visit to Dijon since 2007 – the year Jean-Eric Vergne was champion -? de Wilde was quickest in both practice and qualifying, before keeping the lead at the start of the race.

Behind him, Pierre-Louis Chovet got past Adam Eteki at the start, and managed to remain within a second of de Wilde for most of the race.

Chovet could not shake Eteki however, and Eteki passed him around the outside of the first corner with three minutes to go to reclaim second place.

It also allowed de Wilde to escape, winning by 1.1 seconds.

The scrap between Eteki and Chovet also enabled Theo Pourchaire to close in, with Collet on his tail after getting the jump on the Brazilian at the start.

Stuart White, who won the last race at Spa, is absent from Dijon, instead competing in Formula Ford 1600 in his native South Africa, where he has a chance to land a place on the Mazda Road to Indy Shootout.