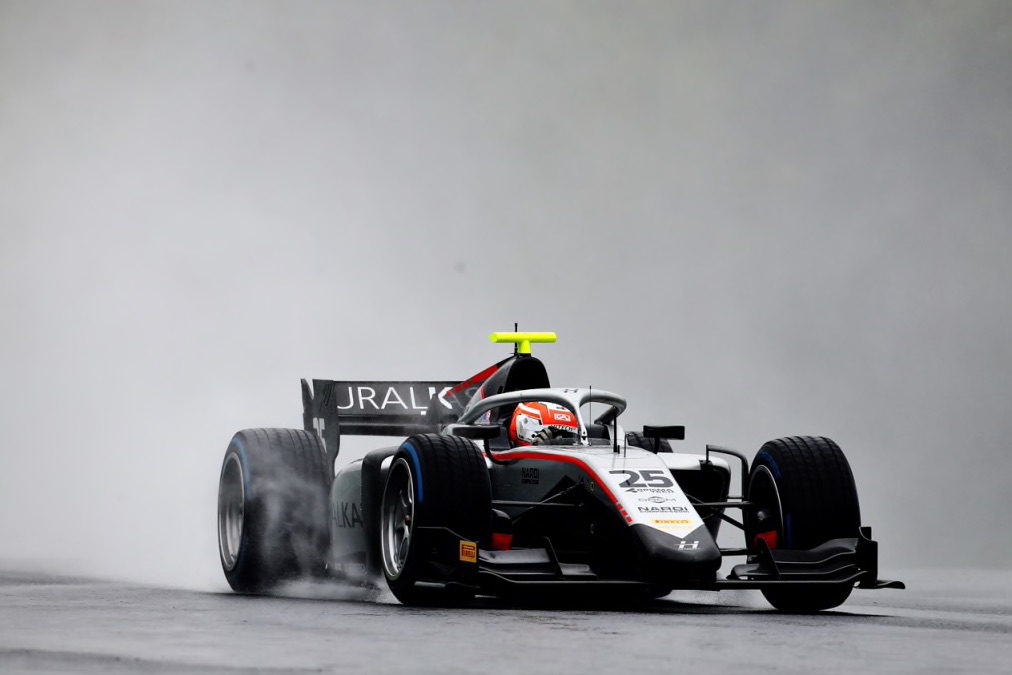 Hitech GP driver Luca Ghiotto reckons his team as “twice as much work” to do as others in its first Formula 2 season, ahead of starting the Hungaroring feature race from second position.

Ghiotto, one of F2’s most experienced runners this season, has endured a difficult time with the new championship entrant so far in 2020.

Despite some strong qualifying sessions, Ghiotto is yet to score a point this season. He failed to start the opening race of the season at the Red Bull Ring due to a technical issue, and Nikita Mazepin’s sole point last time out at the same circuit is the only score for the team so far.

Speaking after qualifying in Hungary, Ghiotto believes that the outfit needs to work on its race performances.

“Pitstops and stuff and also on the setup side,” he replied when asked about where the team needs to improve. “We are trying to, first of all, recover a bit of what the other teams know from the past years [with the current car] and also trying to understand these new 18-inch wheels so it’s twice as much as work as the other teams.

“OK, the Bahrain test was good, we were quick and everything, but Bahrain is a bit of a different track to the European tracks. So now we are back in Europe we are learning a bit again on that side, but as I said we already did a great job coming from last weekend in Race 1 where we struggled and one of the slowest cars on the track to being almost on pole today.

“To me that’s a great job by the team and I need to thank them because they deserve all the credit for this of course and the only thing left to do is see how it is on a race distance if tomorrow’s race would be wet the car has improved on race pace.”

Ghiotto believes that last week, despite being quick enough to take fourth in qualifying, the team was among the slowest of the runners in race trim.

“I didn’t know what to expect honestly because last week we struggled quite a lot with the wet race in Austria,” he said.

“Last week the pace with managing the tyres was really bad so we struggled quite a lot. But really, we are learning every time we are on track.

“Every time there is a new team it is not easy, and F2 is a tough championship. Unfortunately for us, there is always a thing to learn. I hope tomorrow will be one of those days where everything is… I want to say easy, but there are no surprises, let’s say – and try to have a good start and a clean race.”