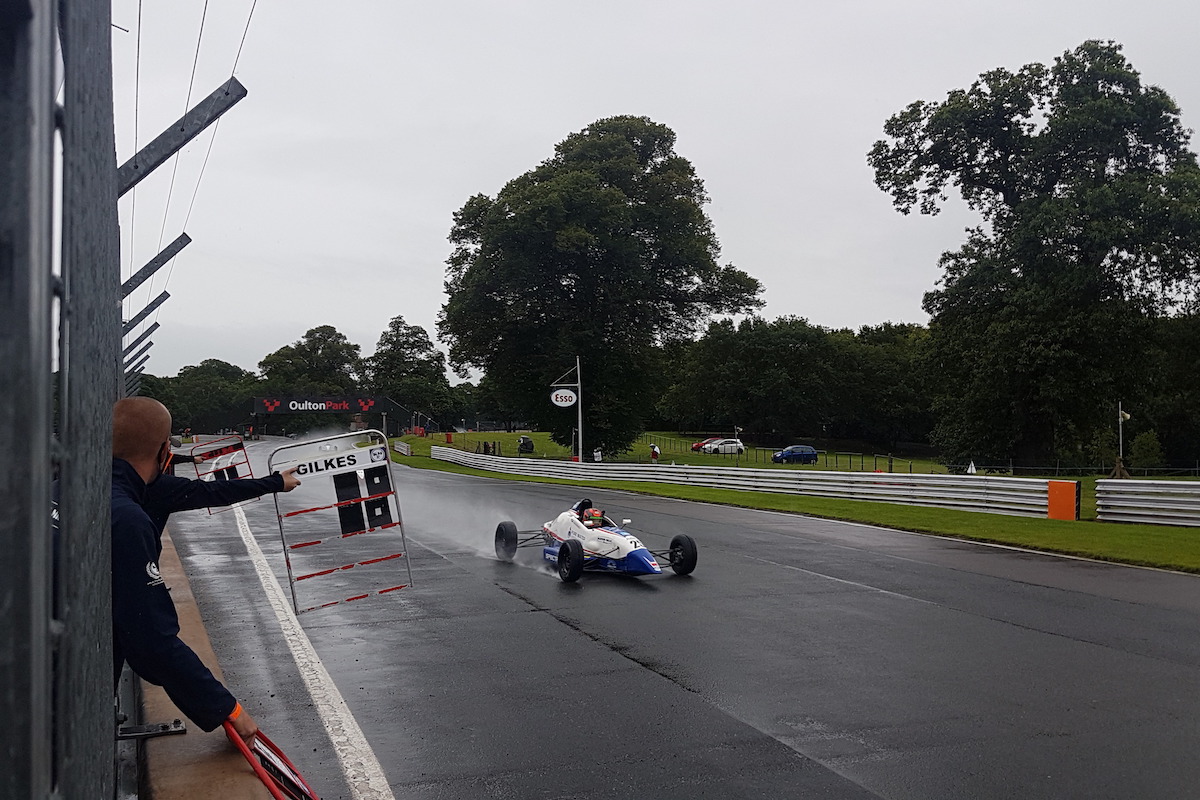 The Scot made the most of clean air to take pole in qualifying, which was also wet, and made a string getaway on a damp grid at the start of the race.

Browne held on to second for two laps before Smith, whose Medina chassis had superior traction in the wet due to its shorter wheelbase, found a way way through.

Smith immediately jumped on to Maclennan’s gearbox and even went side-by-side up Clay Hill before having to back out as the safety car was summoned to recover Oldfield Motorsport debutant Daniel Mackintosh, who had spun off at Druids.

Maclennan mastered the restart after several laps at reduced speed, but couldn’t hold off Smith’s attacks and was passed before the end of the lap.

The restart proved tricky for those further back in the spray, and another crash led to the race being red flagged shortly after the front drivers crossed the line to complete seven laps.

Just as the red flags were shown, Oldfield’s Milan De Laet was then rear-ended and Myerscough College’s Jack Wolfenden also went off, and the chequered flag was shown not long after as it was decided not to restart the race.

Due to the red flag, the results were taken back a lap and meant Maclennan was named victor ahead of Smith – who set fastest lap – and Browne.

Middlehurst got stronger as the race went on and finished on Browne’s tail, while his team-mate and defending champion Ross Martin finished a lonely fifth after the third Dolan car of Matt Cowley fell down the order after the safety car restart.

The winner of the BRSCC Northern FF1600 classification was Peter Daly, who finished 16th in his Van Diemen RF88.