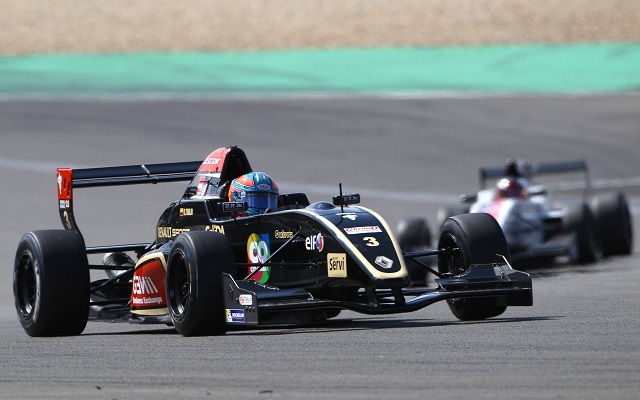 Lotus junior Oscar Tunjo secured pole position for the second round of the 2013 Formula Renault 2.0 NEC, topping the qualifying timesheets on his return to the category where he had a part-time campaign in 2011.

Despite his allocation to Group A, Tunjo:s best time was good enough to beat Group B:s leader, Gustav Malja, who ensured his maiden front row start in Formula Renault.

Roman Mavlanov was second to Malja in Group B, ahead of Esteban Ocon, Mikko Pakari and French F4 champion Alex Baron. Dennis Olsen and Victor Sendin followed, with Raoul Owens, Andrea Pizzitola and Jack Aitken closing out the top ten.

Parry will be on pole for race two.