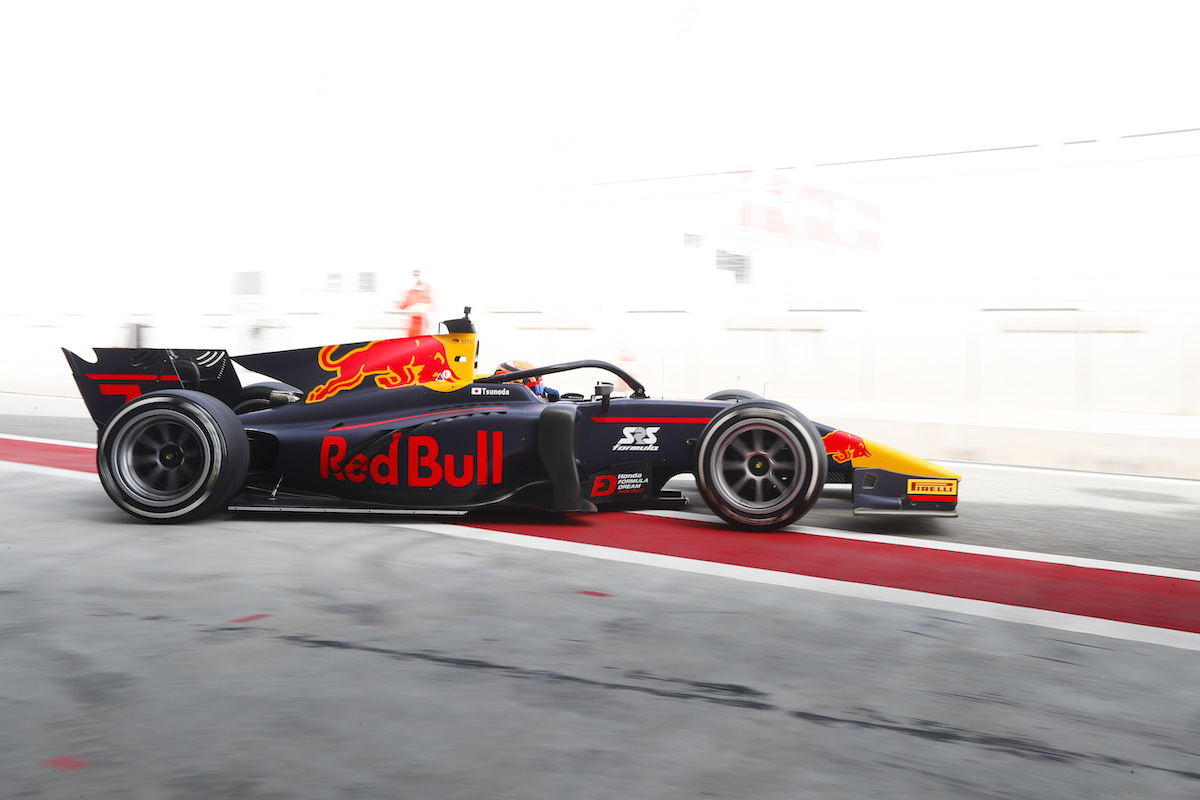 Red Bull junior Yuki Tsunoda topped practice on his Formula 2 debut at the Red Bull Ring, as the 18-inch Pirelli tyres made their first appearance in the series.

Carlin driver Tsunoda’s fastest time of 1m15.249s came after the mid-point of the 45-minute session. A red flag for Trident’s Marino Sato spinning off at Turn 6 brought out a short red flag period.

With many drivers opting to not change from their medium compound tyres during the intermission, Tsunoda was able to hold onto the top spot as the session concluded.

Sato’s off was the only significant incident in an otherwise clean opening session for the F2 drivers, which started with damp parts on the circuit but conditions continued to improve late-on.

Hitech GP’s Luca Ghiotto ended the team’s debut second-fastest, having set his fastest lap time earlier in the session and holding that spot for a while.

FIA F3 champion Robert Shwartzman was seventh fastest, just behind MP Motorsport’s Felipe Drugovich, but the Prema driver was without his DRS throughout the session. His team-mate Mick Schumacher was only 19th after he spent the majority of the session in the garage with a suspected technical issue.

Tsunoda’s Carlin team-mate Jehan Daruvala was eighth, ahead of DAMS’ Sean Gelael and Charouz Racing System’s Louis Deletraz, who rounded out the top 10.

Debuting team HWA Racelab were 12th and 13th with Artem Markelov and Giuliano Alesi, with Markelov appearing to have steering issues during the session.

Sato was the slowest drivers of the 21 that made it on track, as Hitech’s Nikita Mazepin was unable to set a lap.