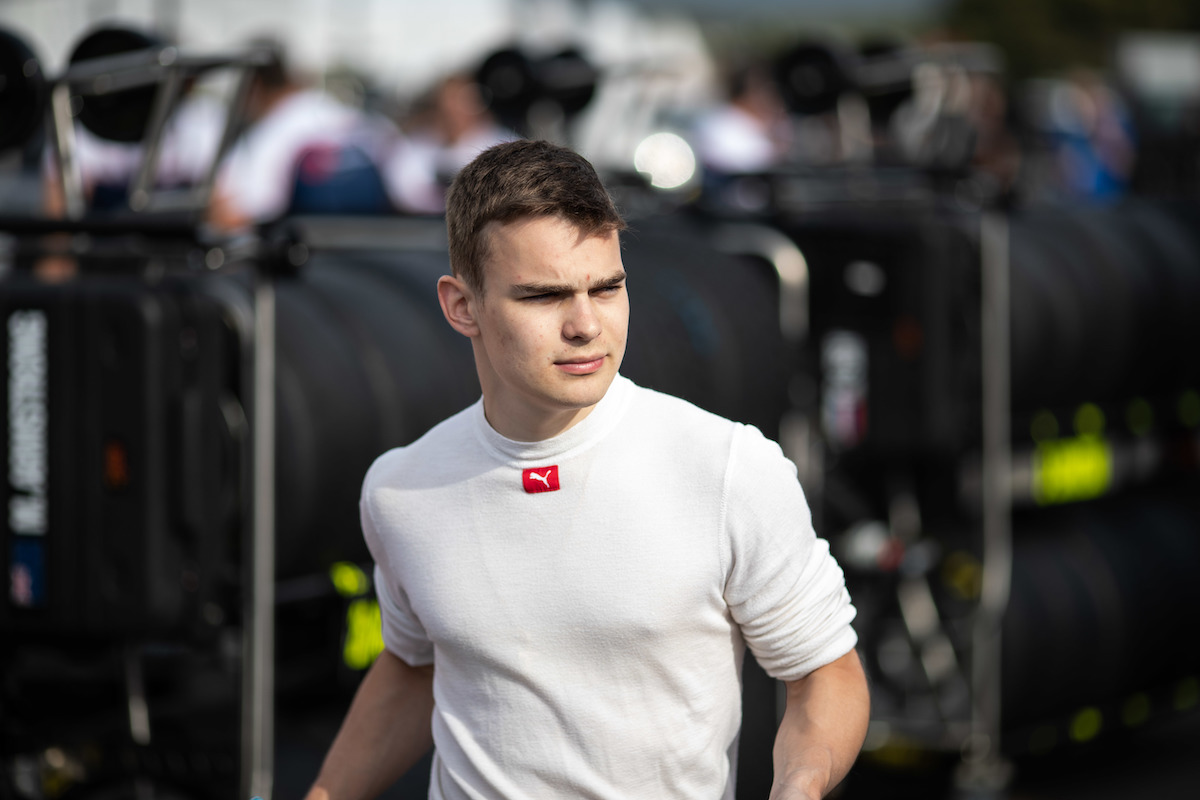 The season-opening session started in wet conditions, but conditions improved considerably late on. It improved as such that DRS was enabled a third of the way into the 45-minute session while the track was still notably wet.

Beckmann was quick in the wet part of the running, before everyone pitted for slick tyres with about 15 minutes to go.

In the dying moments, Beckmann pipped Prema’s Oscar Piastri by a tenth with a 1m20.434s lap to go top. Times were some 10s quicker with slicks than they were with wets, especially once a dry line started to appear.

Piastri could have taken the top spot with a slightly better final sector. Charouz Racing System’s Roman Stanek, who is the youngest driver on the grid and only announced his debut earlier in the week, was an impressive third on his first time driving the Dallara F3 2019 car.

Despite the lack of action over the past months and the difficult conditions, each of the 30 cars kept it out of the barriers, although Carlin’s Enaam Ahmed did have a close moment with Jenzer Motorsport’s Calan Williams early on.