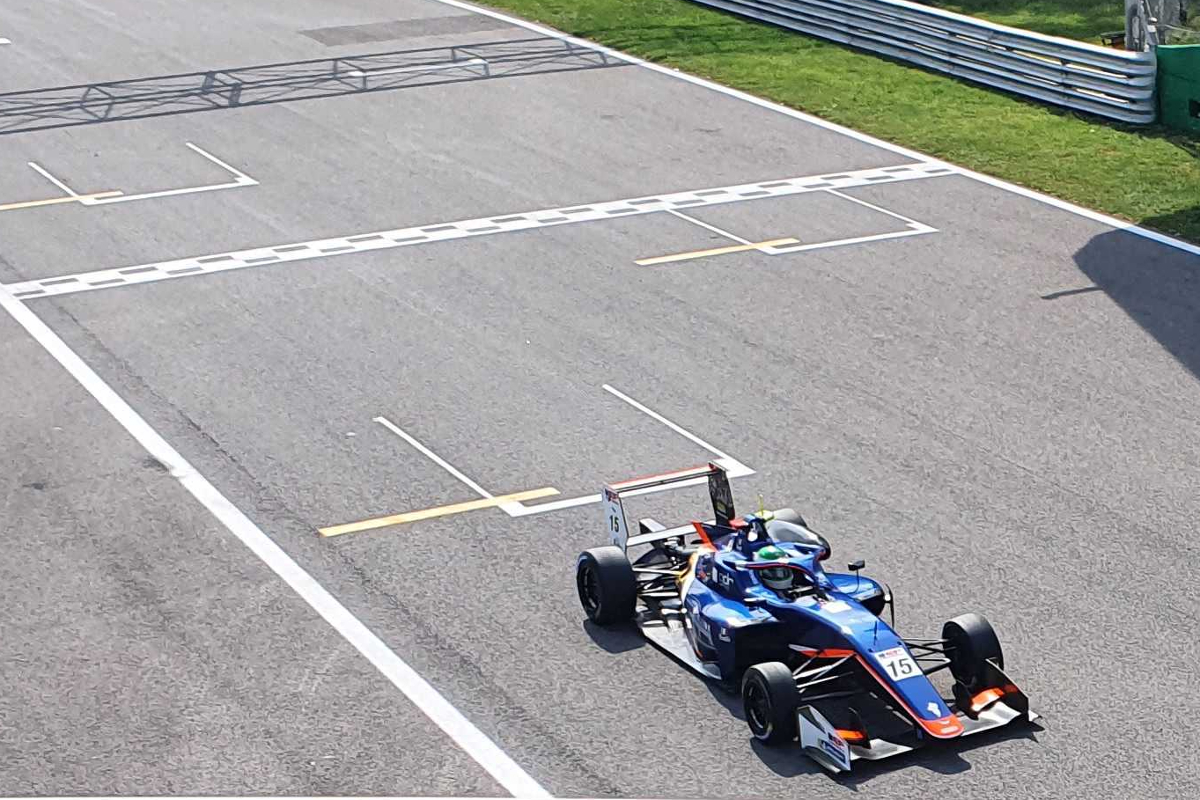 As in testing on Thursday, Trulli and Motopark’s Cameron Das often engaged in battles for the fastest lap while running in separate trains of cars as they searched for the aid of a slipstream.

The first of the two to break into the 1m44s was Das, but Trulli later on was able to get into the 1m43s and by staying out a little longer at the end of the session he was able to improve further to end FP1 on a 1m43.758s.

Mason returned to second place at the very end too while running in a train of cars, going 0.230 seconds slower than Trulli and 0.020s faster than Das.

Mansell was fourth fastest, while Das’s title rival Louis Foster was 0.757s back in fifth. The CryptoTower Racing Team driver was one of many to have laptimes deleted for track limits violations, and he was a repeat offender to the point where he had to serve a 10-second stop-go penalty for his actions.

He snatched fifth from Drivex School’s Nico Pino, who is making his Euroformula debut this weekend.

The next debutant was Francesco Simonazzi down in 13th, who is driving for the returning BVM Racing team last seen in 2017. The combination was 1.751s off the pace, and also set the least laps of anyone.