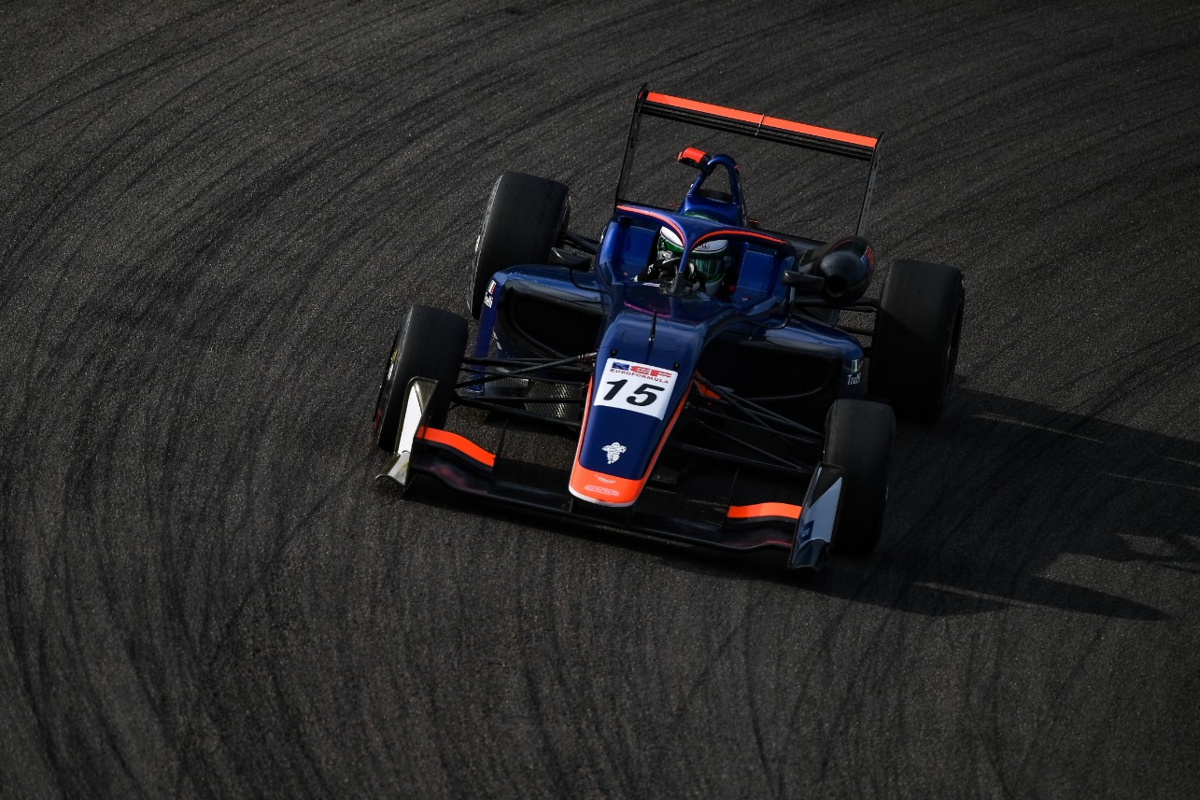 Enzo Trulli’s return to Euroformula ended with the fastest lap in free practice at Imola.

The Italian teenager missed the last round at the Hungaroring due to contractual disputes, and after leaving his previous team Drivex School he is now with Carlin.

He contended with the Van Amersfoort Racing drivers to set the pace in FP1, and then it was a straight fight with Motopark’s Jak Crawford to be fastest in FP2.

While Crawford completed a race run, he still traded fastest laps with Trulli through the evening session and ended up 0.186 seconds slower at the end.

Behind those two was Motopark’s Dallara 320 debutant Roman Staněk, who didn’t leave the garage in FP1 due to an engine issue and was on older rubber when he eventually made it onto the track in FP2. He was impressively only 0.338s off the pace.

Euroformula points leader Cameron Das left it late to set a lap in FP1 in the third of Motopark’s cars, and was fourth fastest.

Double R Racing’s Josh Mason was fifth, ahead of VAR’s Cem Bolukbasi and Rafael Villagomez. The other debuting driver was Branden Lee Oxley, who has just three weekends of single-seater racing experience under his belt, and he was 12th fastest out of 14.