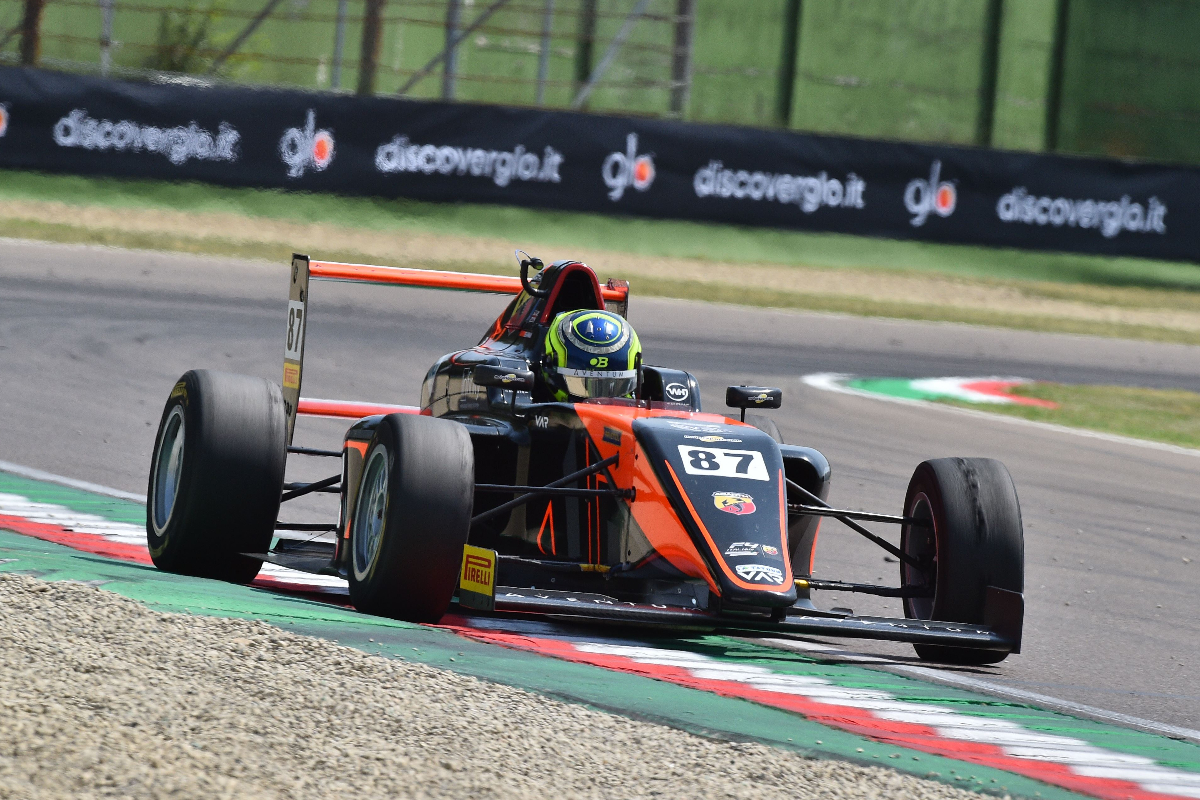 Ollie Bearman’s control of the 2021 Italian Formula 4 season continued with a triple pole at Imola.

The Van Amersfoort Racing driver was quick to get to the top of the times in the first qualifying session on Saturday morning, initially leading Jenzer Motorsport’s Piotr Wisnicki and Francesco Braschi.

Title rival Sebastian Montoya and Braschi briefly went ahead of Bearman, but he responded by going almost half a second quicker and spent much of the second half of the session sat in first place.

Montoya briefly put himself on provisional pole again with four-and-a-half minutes to go, but was shuffled down to third by Bearman and Iron Lynx’s Leonardo Fornaroli and was then unable to improve after that.

Prema’s Kirill Smal sat in fourth until the final two minutes when VAR’s Joshua Dufek made a big improvement, and he ended the session in fifth and just 0.036 seconds ahead of VAR’s Nikita Bedrin in sixth.

Braschi qualified seventh, and the top 10 was completed by Mucke duo Joshua Duerksen and Erick Zuniga, and Prema’s Conrad Laursen.

Bearman was fastest from the off again in Q2, with Fornaroli the only driver to pressure him for pole. He was a quarter of a second slower than Bearman at the halfway point of the session, and was briefly knocked down to third by Braschi before improving again to reclaim a front row spot.

However Bearman had also improved, and took pole by 0.432s as the session was red flagged a few minutes from the end. Montoya was fourth, while Bedrin and Smal were closely matched again in fifth and sixth.

Each driver’s second-best laptime from qualifying sets the grid for the third race of the weekend, and Fornaroli provisionally held the pole after Q1 with a 1m43.999s lap. Bearman pipped it in Q2 by setting a 1m43.911s with his final effort, securing him his eighth pole of the season.

Bedrin will start third for the weekend’s final race, alongside Montoya. Weug just missed out on a top 10 position, and will start from 11th after causing the Q2 red flag by going off.