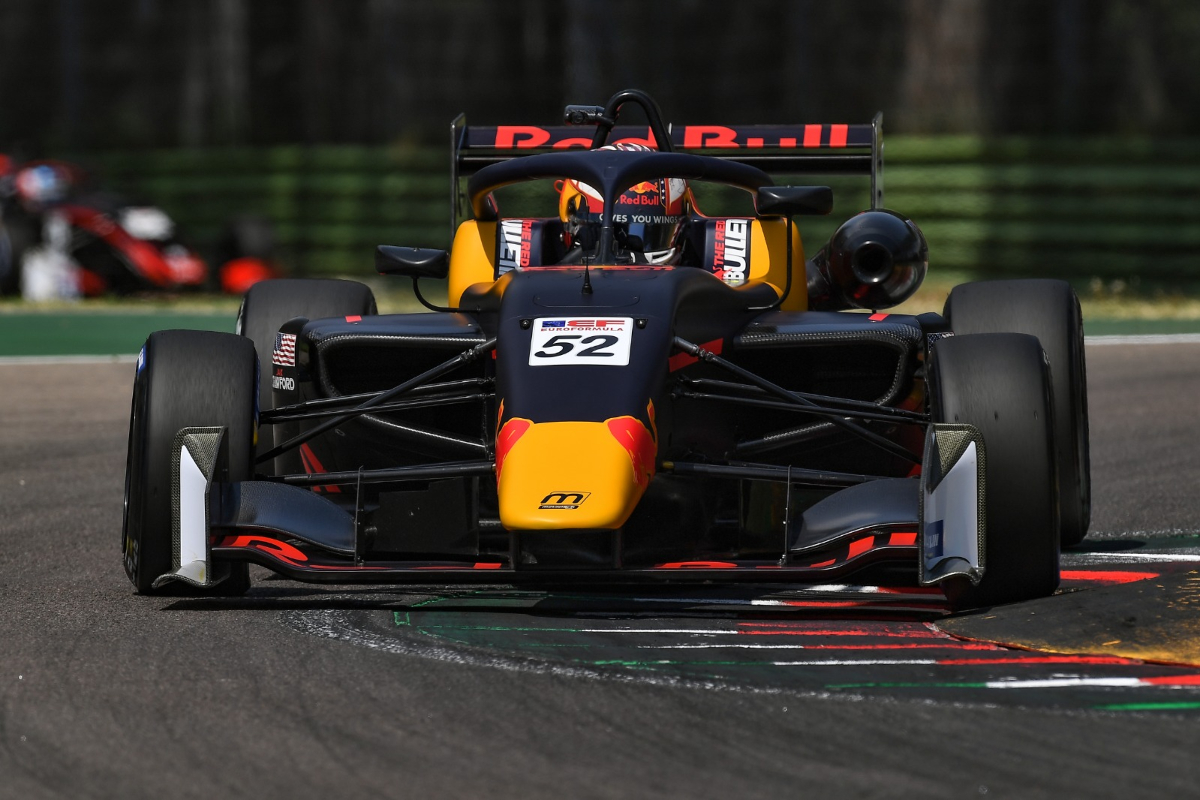 Red Bull junior Jak Crawford took pole by over half a second in Euroformula qualifying at Imola.

The Motopark driver took pole at the circuit while racing in Italian Formula 4 in 2020, and that form continued this year in the Dallara 320 as he want fastest by over half a second.

His main rivals for pole were his team-mates Cameron Das and Roman Stanek, although the debuting Stanek had a tough session which ended with a crash that damaged the front-left of his car and meant qualifying was red flagged.

Everyone swapped tyres while the session was stopped, and when it restarted the rising temperatures made it difficult for drivers to improve. Crawford shaved a tenth off his best, setting a 1m34.886s, and was going even faster before a full course yellow period occurred in the final few minutes.

There was still time for flying laps to be set at the end, and Van Amersfoort Racing’s Cem Bolukbasi briefly shifted Das out of second place. The series points leader responded with a lap that put him back on the front row, but still left him half a second down on Crawford.

Casper Stevenson was seventh fastest in the third of VAR’s cars, while CryptoTower’s Nazim Azman came eighth after sitting in fourth with a few minutes to go.