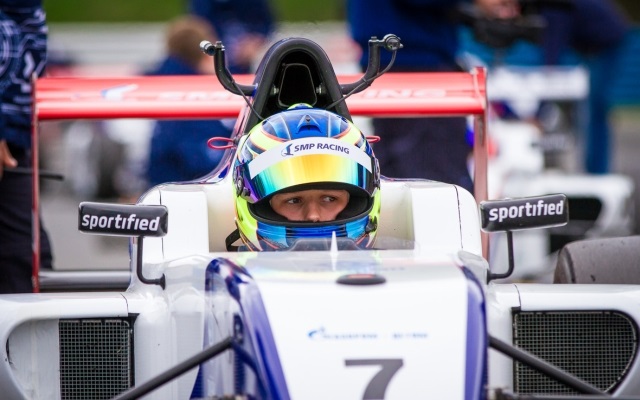 Nikita Troitskiy inherited the victory in the final SMP F4 race in the season opener at Ahvenisto.

The Russian took the honours after original winner Niko Kari was relegated to second for a jump start.

Despite leading most of the race, Troitskiy had to surrender to Kari in the final stage, following a safety car restart.

As such, he is the first Russian driver to win in SMP F4 as the first two races were swept by Finn Aleksanteri Huovinen.

Troitskiy leaves Ahvenisto with a round full of ups-and-downs which started with a retirement following an accident with Joel Eriksson. He then recovered to take sixth from 13th in the second race.

*Niko Kari received a four-second penalty for a jump start