Home News Merhi to focus on F1 in Monaco, Fontana to fill in for Pons in FR3.5
NewsWorld Series Formula V8 3.5 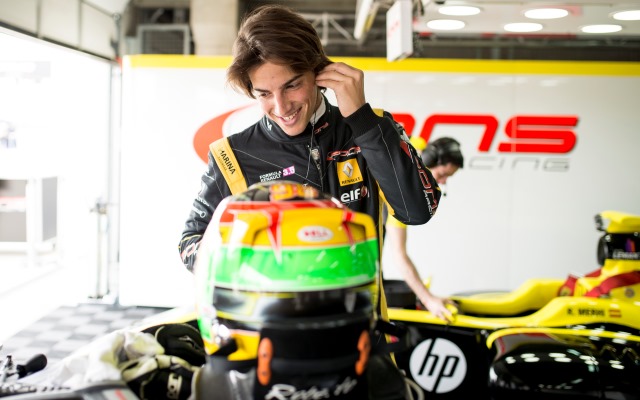 Roberto Merhi will focus on his Formula 1 commitments at the Monaco Grand Prix this weekend, vacating his Formula Renault 3.5 seat with Pons Racing for Alex Fontana to make his series debut.

Merhi has been combining a deal to do the “opening races” of the F1 season with the Manor team with a programme in FR3.5 with Pons that was arranged prior to the former opportunity arising.

Although his long-term future with Manor has been uncertain due to a lack of sponsorship, Merhi will continue with the team for Monaco, where FR3.5 has a single race on the support bill.

The decision has been taken for Merhi to focus fully on F1 this weekend, rather than to attempt to do the two races back-to-back on Sunday.

The Spaniard will return to FR3.5 for the races at Spa-Francorchamps next weekend.

Pons have signed GP3 regular Alex Fontana to take Merhi’s place in Monaco and make his FR3.5 debut. The Swiss driver previously tested in the series for the Lotus squad at the end of last season, and lines up alongside Pons regular Philopaz Patric Armand.

“As Pons Racing, our main goal is driver development and seeing Merhi rise to the occasion in F1 makes us proud.

“The conjunction of the two series provided us the chance to meet with Alex Fontana. He impressed us in testing and we have been in contact with him throughout the winter. I’m sure he will merge with the team straight away and will make the most of the chance to run in Monte Carlo.”