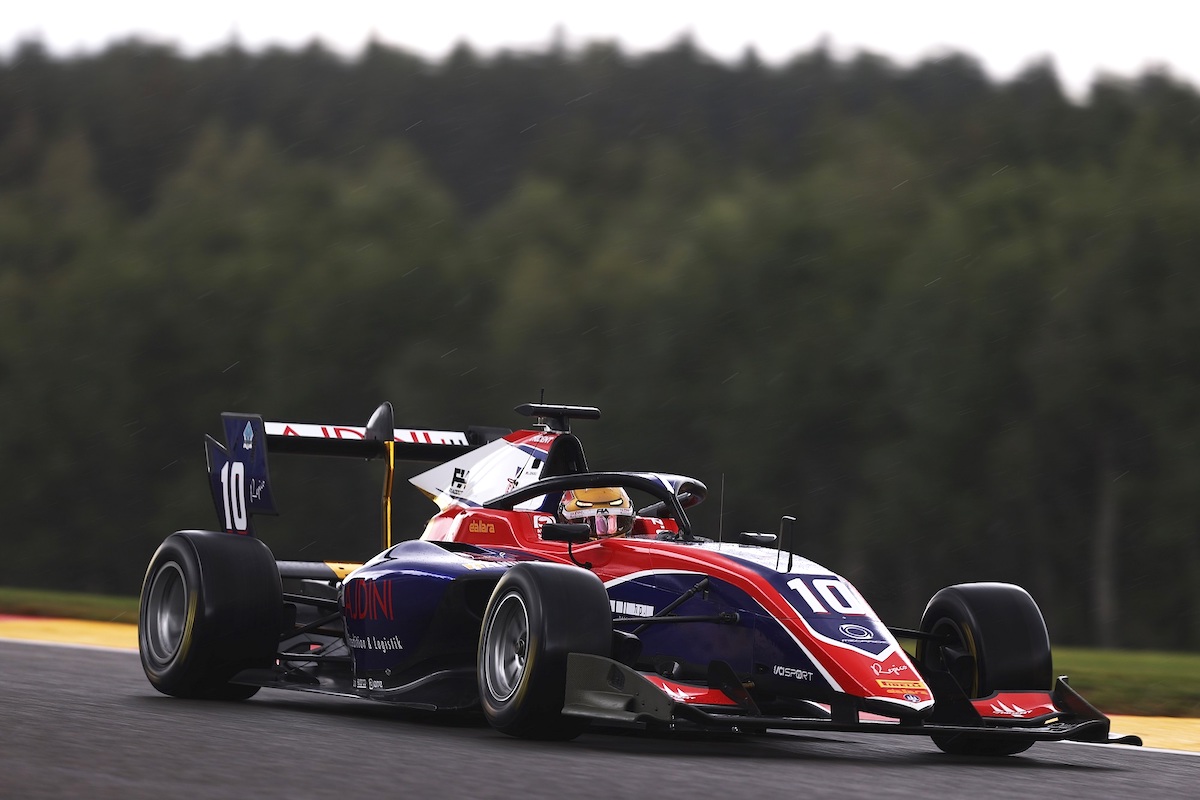 Trident driver Zendeli was kept under pressure from Theo Pourchaire early on, but managed to steadily build a gap to the ART Grand Prix driver in the second half of the race.

By the end of the 17-lap event he was more than four seconds ahead, with team-mate David Beckmann a further second back in third.

The opening three laps were riddled with incidents. Three drivers suffered punctures, including Carlin’s Clement Novalak, while Charouz Racing System’s Roman Staneck had to pit for a new front wing.

Racing was paused midway through the lap when Campos’s Alessio Deledda span into the gravel and was unable to get moving again.

On the restart, Beckmann snatched third from Alexander Smolyar and set about closing the gap to Pourchaire. He was able to get onto the back of the ART driver but an issue dropped him back again.

Oscar Piastri took fifth and the points lead after a fight up through the field. The Prema driver was forced to go side-by-side with Hitech GP’s Liam Lawson in the battle for seventh and both ran wide fighting for the position. Lawson returned to the track just ahead, but gave back the position a few laps later.

Lawson didn’t stay ahead for long as Sargeant and Oscar Piastri both found a way back through. Sargeant looked set to extend his points lead over team-mate Piastri, only for intermittent engine issues to plague the second half of his race.

Sargeant dropped back to eighth as the third Prema car of Frederick Vesti and Trident’s Olli Caldwell came through. He tried to fight back on the final lap, pulling alongside Caldwell on the run to the chequered flag, but Caldwell just had his nose ahead.