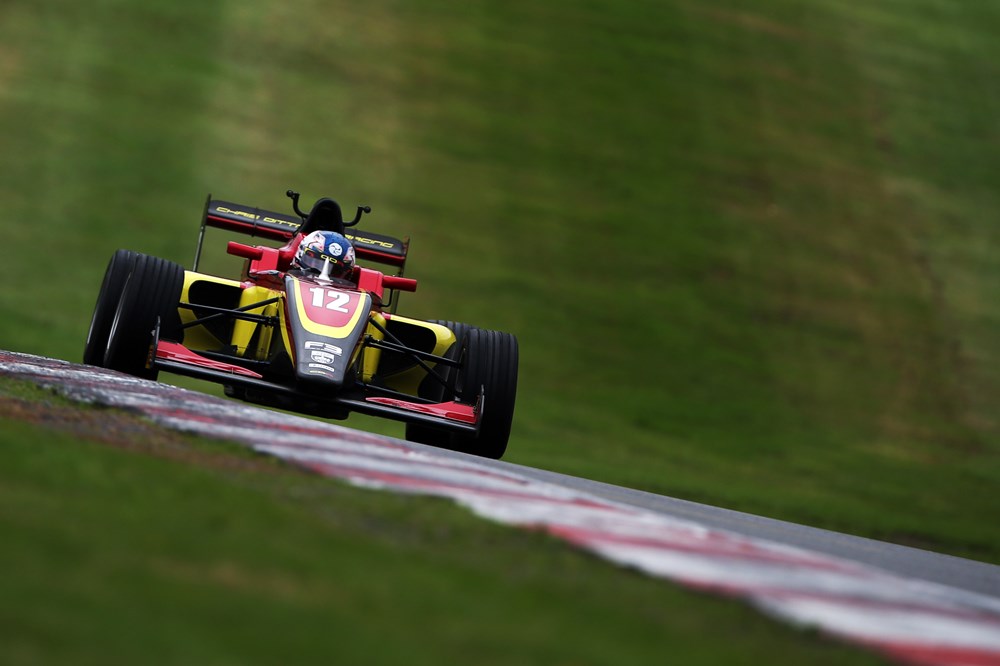 The Chris Dittmann Racing driver’s primary campaign this year is Euroformula, but he’s returned to CDR this weekend to replace Nico Varrone after winning races with the team last year.

The 20-minute session was held in damp and cold conditions, with two red flag stoppages in the first half.

Hillspeed’s Oliver Clarke caused the first in the opening minutes when he went off at Druids after locking his rear tyres.

shortly after the session was resumed, Carlin’s points leader Kaylen Frederick had a similar off and ended up beaching himself.

At that point, Douglas Motorsport duo Ulysse de Pauw and Kiern Jewiss were alternating between the top times.

Once the session resumed, the track gradually got quicker but the lack of temperature meant that it didn’t improve much.

CDR’s Josh Skelton and Hitech GP’s Kush Maini also spent time at the top of the timesheets, but it was Simmons with his penultimate lap who set the benchmark of a 1m31.143s.

His final lap, a 1m31.256s, was then quick enough to secure pole for race three too.

Maini ended up second fastest, less than a tenth behind. De Pauw eventually slipped to third, 0.001s ahead of his team-mate Manaf Hijjawi.

Jewis and Skelton were fifth and sixth, but Skelton will start race three from the front row. Similarly, Hillspeed’s Sasakorn Chaimongkol was quick enough on his second lap to put himself third on the grid.

After their offs, Clarke and Frederick stayed in the garage and fell to the bottom of the timesheet.