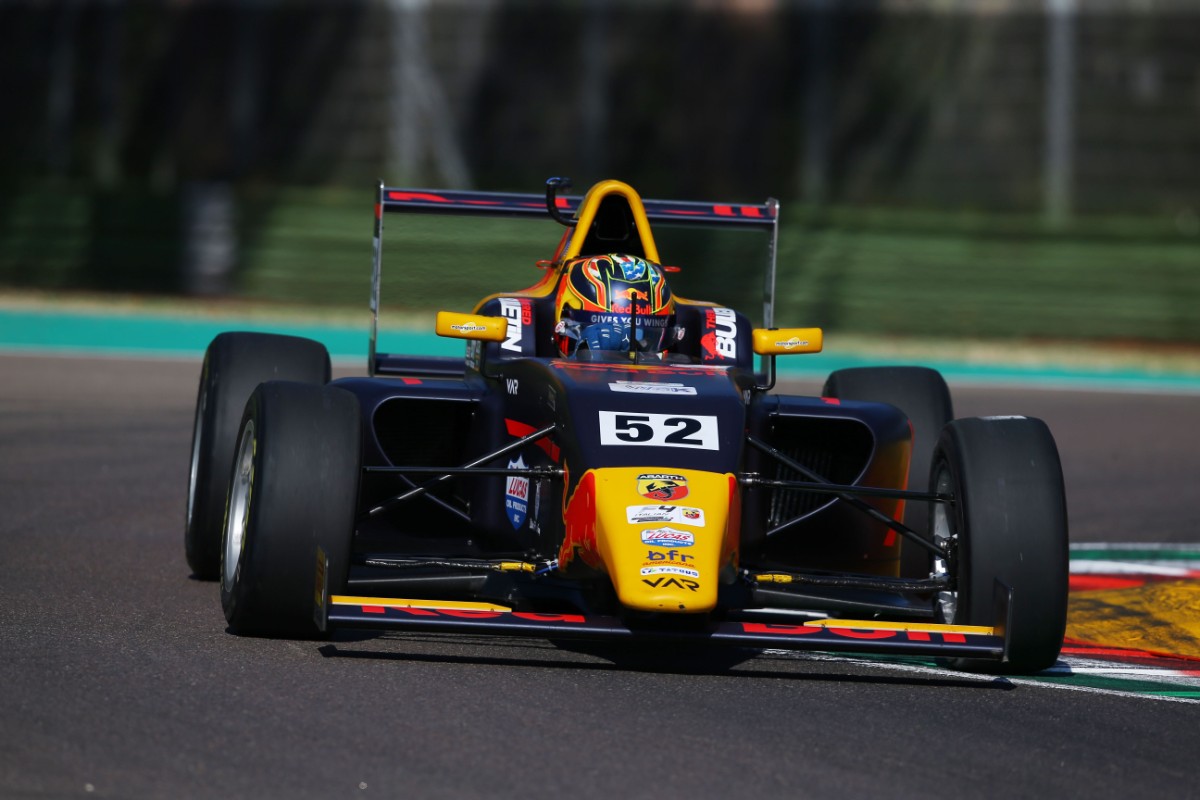 Formula 1 juniors will start from pole in all three Italian Formula 4 races at Imola this weekend after two stop-start qualifying sessions.

Championship leader Francesco Pizzi brought out the red flags in the final minute of the first qualifying session, having span at turn nine and come to a stop in the gravel.

The Van Amersfoort Racing driver had briefly topped the times earlier on but quickly fell back as others found improvements.

His team-mate Edgar topped the order after the first round of times, just ahead of Prema’s Ferrari junior Beganovic and Bhaitech’s Jesse Salmenautio. However, it was Beganovic ahead after the second run of flying laps.

Jak Crawford in the other Red Bull-liveried VAR car was a close second, just 0.020s behind Beganovic and 0.015s ahead of Edgar.

Jenzer Motorsport’s Filip Ugran was fourth fastest, ahead of Salmenautio, Cram Motorsport’s Andrea Rosso and Prema’s Gabriele Mini. Pizzi had already fallen to 10th on the timesheet by the time he brought an early end to the session.

Before anyone had set a Q1-rivalling lap in the second session, the red flags were brought out again as Sebastian Montoya came to a stop on track. The Prema driver was able to be quickly removed and the session resumed.

Rosso and Edgar swapped times at the top of the order after the first round of laps, with Mini having been in first place before the stoppage, but Edgar came out on top with a 1m44.746s.

As the field began their second flying laps, Salmenautio came to a stop at Turn 4, bringing out the red flags again with one minute to go.

The session would not be resumed and Edgar secured his first Italian pole of the season. Crawford got onto the front row, with Rosso and Montoya taking third and fourth.

Race three’s grid is set by drivers’ second-best laptime from either Q1 or Q2, and it was Crawford who led Edgar based on the first session efforts. Rosso and Beganovic fill row two, while Mini was eighth best using his lap from either session due to being stumped by the full course yellow and then red flag twice.