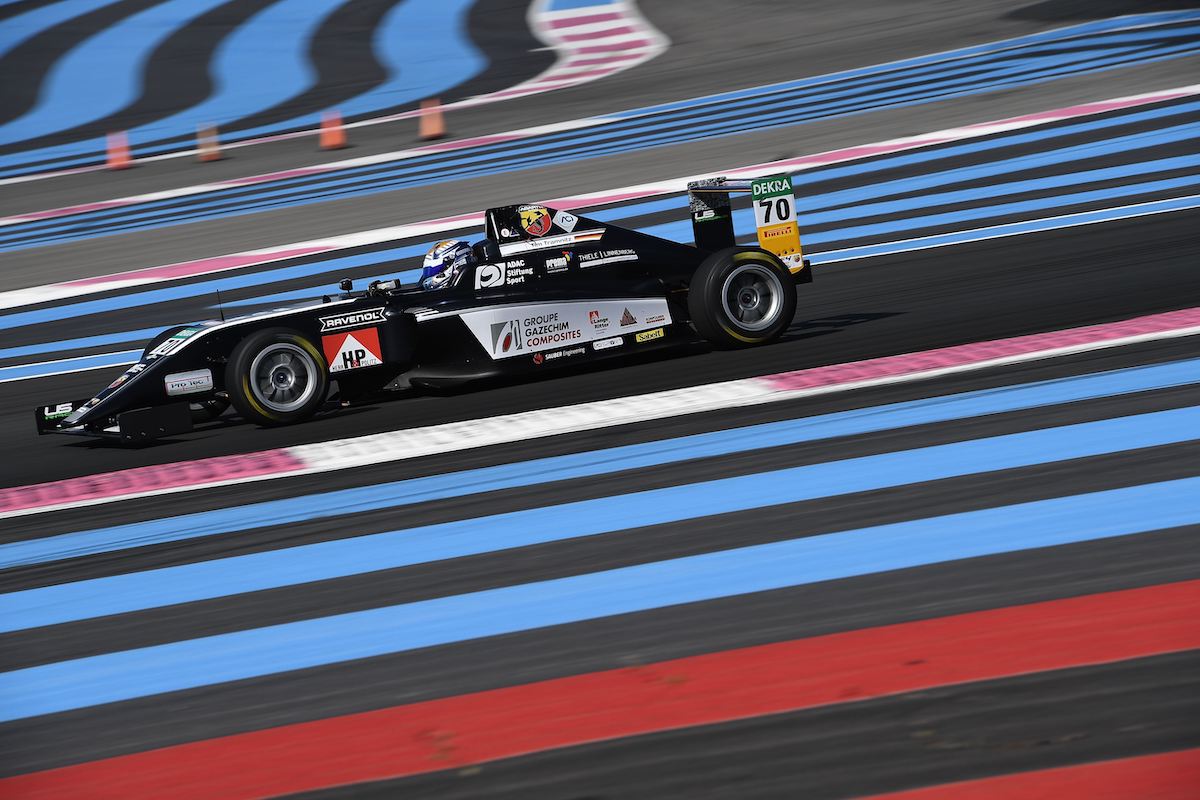 US Racing’s Tim Tramnitz set the pace in free practice for the first round of the Italian Formula 4 season at Paul Ricard.

The German is confirmed for only one event this season, and started his potentially brief campaign on a high.

He set his fastest lap in the warmer afternoon session, with Van Amersfoort Racing’s Nikita Bedrin his closest rival and 0.127 seconds slower.

The spread of pace across the field was larger than it had been in the previous week’s test, with 3.368s breaking up the 37 drivers present.

Tramnitz’s afternoon benchmark was almost three quarters of a second up on that set by VAR’s Ollie Bearman in the morning, and over a second faster than his own earlier pace.

It was those two that traded top spot in the second session until Bedrin briefly went top with two minutes to go, before Tramnitz pumped in his final lap. Bearman was a tenth slower than Bedrin in third, with US Racing’s Ollie Bearman and Vlad Lomko in fourth and fifth.