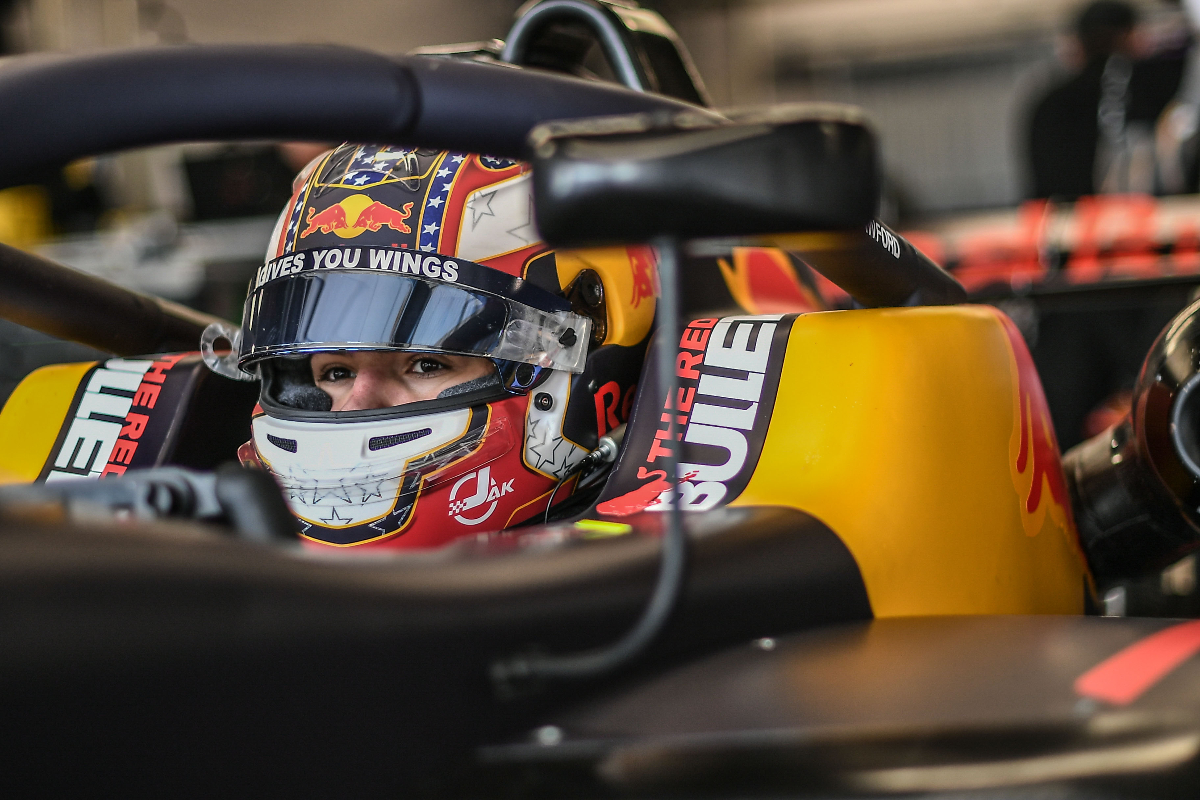 The Red Bull junior was faster in the afternoon session, while his fellow American and team-mate Cameron Das was quicker in the former.

Crawford topped FP2 with a 1m54.621s lap, putting him 0.324 seconds clear of Van Amersfoort Racing’s Rafael Villagomez – who like Crawford missed the pre-event test due to the clashing FIA Formula 3 Championship test at Jerez – and 0.215s above Das’s morning benchmark.

CryptoTower Racing Team’s Louis Foster was third fastest in FP2 and the only other driver within half a second of Crawford in the session.

Das was fourth, just ahead of VAR’s Casper Stevenson, Drivex School’s Enzo Trulli and Double R Racing’s Joshua Mason, while there was a big gap in pace to the remaining five drivers on the grid with Motopark’s Vivien Kesthelyi propping up the order.

Laptimes were not close to the lap record, but with increasing temperature and rubber the 2020 pace is expected to be rivalled later in the race weekend.