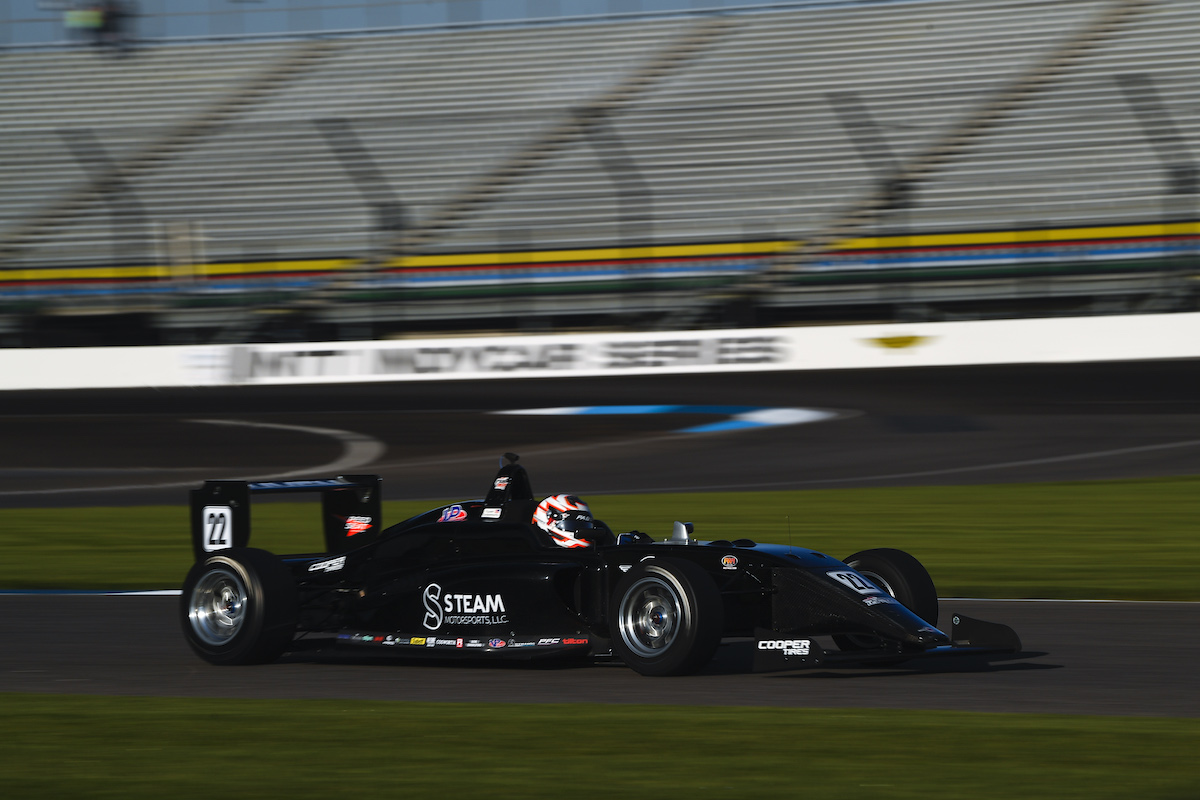 Yuven Sundaramoorthy prevailed in a three-driver fight for victory in the first USF2000 race of the weekend on Indianapolis Motor Speedway’s road course.

Twice they briefly got by, and on one of those occassions it required a visit down the turn 1 escape road after going too deep into the corner, and eventually Sundaramoorthy passed Brooks for the lead just as Pierson was cleared for third by Cape Motorsports’ Michael d’Orlando.

Sundaramoorthy immediately created a gap once ahaead, and he finished 1.8985 seconds clear as d’Orlando also cleared Brooks late on. Turn 3 Motorsport’s Josh Green finished not far behind in fifth after also being among the lead group for much of the action.

Title contenders Prescott Campbell (DEForce Racing) and Matt Round-Garrido (Exclusive) has disastrous races, with Campbell being involved in an early clash with Force Indy’s Myles Rowe and Round-Garrido having to stop with a car issue.

Brooks still leads the points, ahead of Sundaramoorthy, DEForce’s Kiko Porto and Pierson.