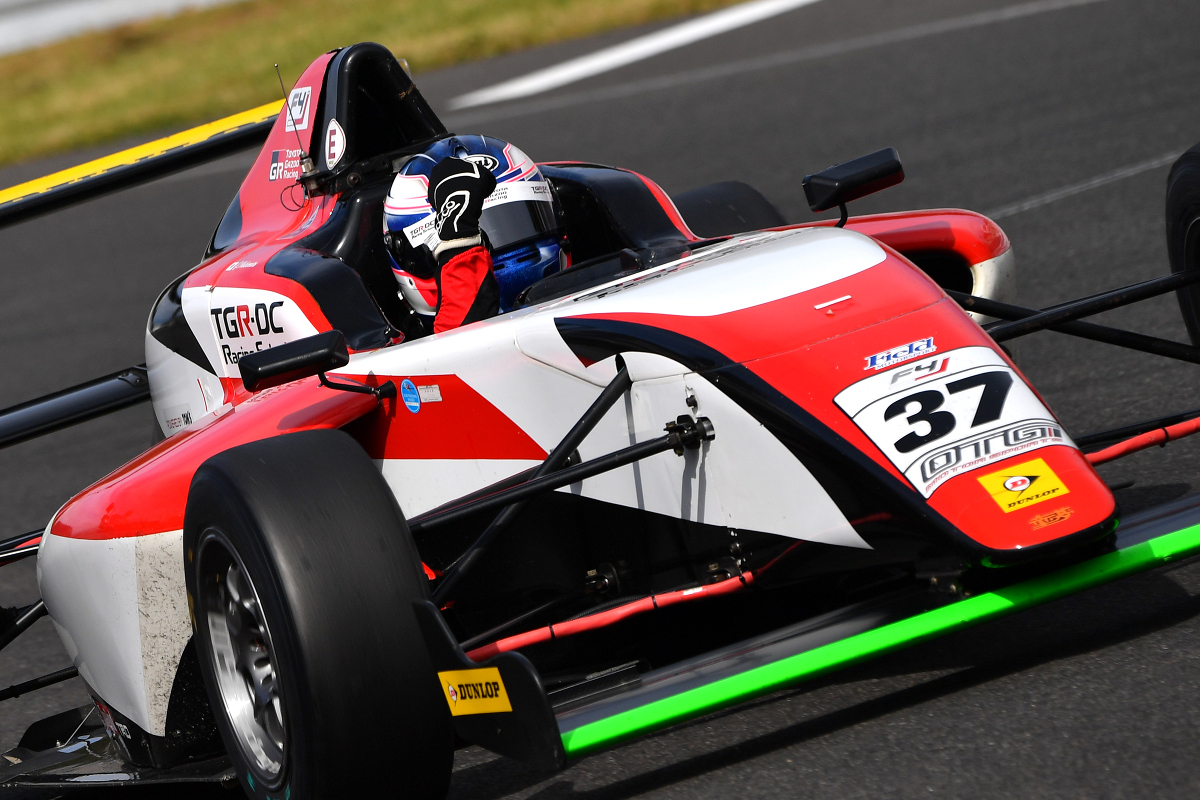 Nakamura qualified third for race one, behind title battlers Syun Koide and Yusuke Mitsui, and by picking the outside line for turn one he then had the inside line for turn three and was able to move into second place behind Honda junior Koide.

The gap between the top two started to grow until lap seven of 17, when the safety car was called out as Wataru Yoshimura spun out. Racing resumed on lap 11, and a lap later Toyota’s Rikuto Kobayashi made his way past Mitsui for third after several corners of hustling.

Pre-race points leader Mitsui was struggling for pace and he fell into the clutches of Fuma Horio after that, while rival Koide comfortably claimed the win and moved to the top of the standings.

Koide was rapid again on Sunday for race two, but the points lead returned to Mitsui due to a costly error.

Nakamura claimed pole ahead of Kobayashi, Koide and Mitsui, and at the start of race two he immediately swept to the inside to defend. It was not enough to stop Kobayashi taking the lead exiting turn two, but then the safety car was out as “Syuji” spun, Makio Saito immediately crashed into him, Hachiro Osaka did the same and then finally “Yugo” did too.

The restart could not take place until lap seven, but Koide was not patient enough and he passed Nakamura for second just before completing lap six. As a result he was handed a drive-through penalty, but he was soon in the lead as Kobayashi locked up several times entering Horseback Corner, bounced over the grass and dropped to seventh.

Koide served his penalty at the end of lap 13, and it promoted Nakamura into the lead by two seconds ahead of Mitsui. Rin Arakawa was third, but he had severe pressure through the race’s second half from Horio for the position. That meant he could not challenge the top two, and Nakamura followed his first podium of 2022 on Saturday with his first win on Sunday, while Mitsui reclaimed the championship lead by six points. With two rounds to go, there are now only three title contenders left.